Olumide Oyarinu tells of how his son’s disappearance since October 5, 2020, has affected his family. 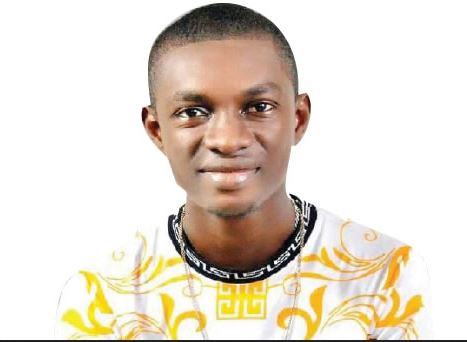 Olumide Oyarinu, father of a 24-year-old Bus Rapid Transit worker in Lagos, Adesina, tells ALEXANDER OKERE how his son’s disappearance since October 5, 2020, has affected his family

Can you introduce yourself?

My name is Olumide Oyarinu. Adesina Oyarinu is my son. He is 24 years old. He works with the Bus Rapid Transit and issues tickets.

When did your son go missing?

When was the last time you saw him?

I saw him last where he lives at Oworonshoki, a month before he went missing. That was the last time I spoke to him.

When did you notice that he was missing?

I noticed when I was called by my brother that Adesina was missing. My brother was contacted by Adesina’s employer that he had gone missing. They said he reported at his duty post but left around 2:30pm and never returned. Around 10:30pm, my brother called to tell me about it.

What efforts have you made to find him?

We visited the police on October 6. I visited his office to ask how it happened. They told me that he left with a small bag and dropped the machine used for issuing tickets to passengers as if he wanted to charge it. They said he went out and had not been seen since then. His co-workers were reluctant to tell me how he left; they told me to wait for their boss to arrive. As we were waiting for his boss to arrive, we decided to visit a police station. None of his co-workers followed us to the station to report.

What did the police tell you?

They told us to return to the station with officials from my son’s place of work. When we returned to Ojodu police station, they told us that they would make a radio call. I believe they did that. Another thing we have done is uploading his pictures on social media to let people know that he Adesina is missing.

Have there been efforts to reach him through his phone number?

His phone is switched off.

What kind of person is your son?

He is a quiet person. He likes being on his own. He does not usually socialise. He could have one or two friends but the intimacy would not be much and they are not the kind of friends he would run away with. He is the kind of person that takes decisions on his own. My fear is that he might have taken the decision to disappear on his own or just travel to some place. But we are monitoring the social media and hoping that there will be any change on his social media profile, which will show that he is alive somewhere. But I have not seen any change; it is just as it was all along. We wanted to visit his network provider to find out his last phone conversation but the #EndSARS protests did not let us do that. When I told the police officer in charge of my case about visiting his service provider, she told me to do so and let her know the requirements they want for them to grant the request.

Was your son living alone in Oworonshoki before he went missing?

No. He was living in the family house at Oworonshoki with my mother.

Did he have any misunderstanding with anyone recently?

He had a fight with my immediate younger sister two months before he went missing. It was not because Sina is rude. When I was told that he fought with her, I asked those who told me whether they were sure. Sina doesn’t fight. If I have a fight with someone and Sina comes around, he would walk away and allow me to handle it. So, I asked him about the fight with my sister and he said she provoked him. When he told me that, I understood.

But I advised Sina to take her as his mother no matter what she did to him because she also has a son like him. My sister’s son heard about the fight and complained to me, saying he would go to Oworonshoki to fight my son.

Having threatened to pick a fight with your son, do you suspect your sister’s children could have a hand in his disappearance?

No, I do not suspect that because he works in a busy place and it would have been difficult for him to be picked up at 2:30pm in a crowd without people knowing. However, I know that if someone wanted to do something bad to another person, they could trace their target to any level.

Do you have any fear that something bad could have happened to your son?

My fear is about him making an attempt to travel out just like other youths do, because I have heard about youths travelling out and begging the government to rescue them. If he finds himself in danger while travelling, who will help him? That is my fear. That is why I have been monitoring his social media accounts for any change in his status.

Do you think he is alive?

I hope he is alive. If Sina is alive, he will see himself posted on social media as a missing person. He won’t like that and he will contact us.

How has your family been coping since his disappearance?

He is an adult. But when I checked him on WhatsApp after he went missing and saw his photo, I shed tears. But I quickly controlled myself. His mother is dead. We have been worried.