Femi Falana is so proud of Nigerian youths & his son, Falz 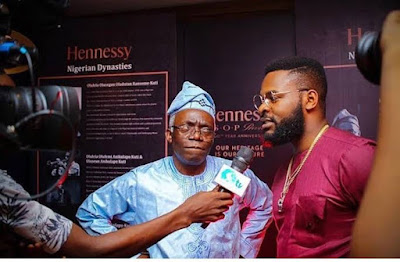 Femi Falana, a popular Nigerian lawyer and human rights activist, is so proud of Nigerian youths including his son, Folarin known as Falz, who has been active in the movement against police brutality in Nigeria.

This was revealed by Falana’s first daughter, Folake on Tuesday evening.

Folake had earlier revealed that people in government have been calling Falana to order his children to back off the protest against police brutality which has been staged online and offline for days now.

She said: “Everybody is calling my daddy to talk to his offspring but ko le work. Daddy said what am I supposed to say to a grown adult? Daddy said he is so proud of our generation right now.”

Folake further disclosed that Falana considered the ongoing movement against police brutality in Nigeria as an unmatched event in his 40 years of experience as an activist.

@falzthebahdguy. He told us that he has been protesting for 40+years and this is unprecedented. I pray I can tell my children that we changed things,” Folake stated.

Posted by makarella at 6:58 AM