The protesters demanded the prosecution of a former SARS boss in who headed the squad in Anambra, accusing him of killing and maiming countless young people. 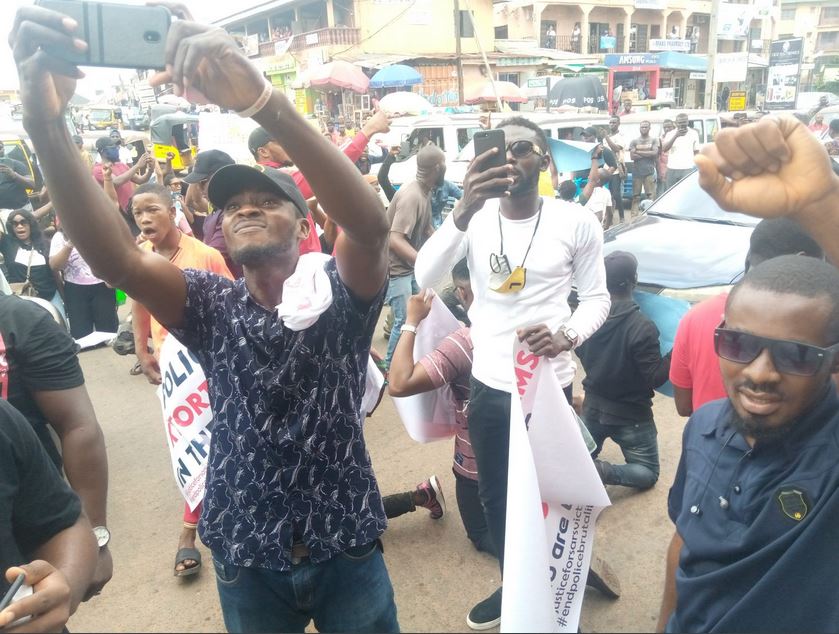 Following the protest of police brutality in the country, #End SARS protesters on Wednesday stormed the streets of the Anambra State capital, Awka, calling for an end to senseless killings and brutality by the police force.

In the cause of the protest, the aggrieved protesters demanded the arrest of a former SARS boss in the state, CSP James Nwafor who spearheaded the squad in Anambra, accusing him of killing and maiming countless youths.

Dressed in black attires, the protesters marched through various streets of Awka to the Anambra State House of Assembly, the government house and blocked the Enugu-Onitsha expressway at Aroma junction, causing serious traffic gridlock in the city.

One of the organisers of the protest, Mr Ifeanyi George said, “We are here to let our voices be heard. Several times they have announced the disbandment of SARS, but this time we want to make sure the disbandment is for real. 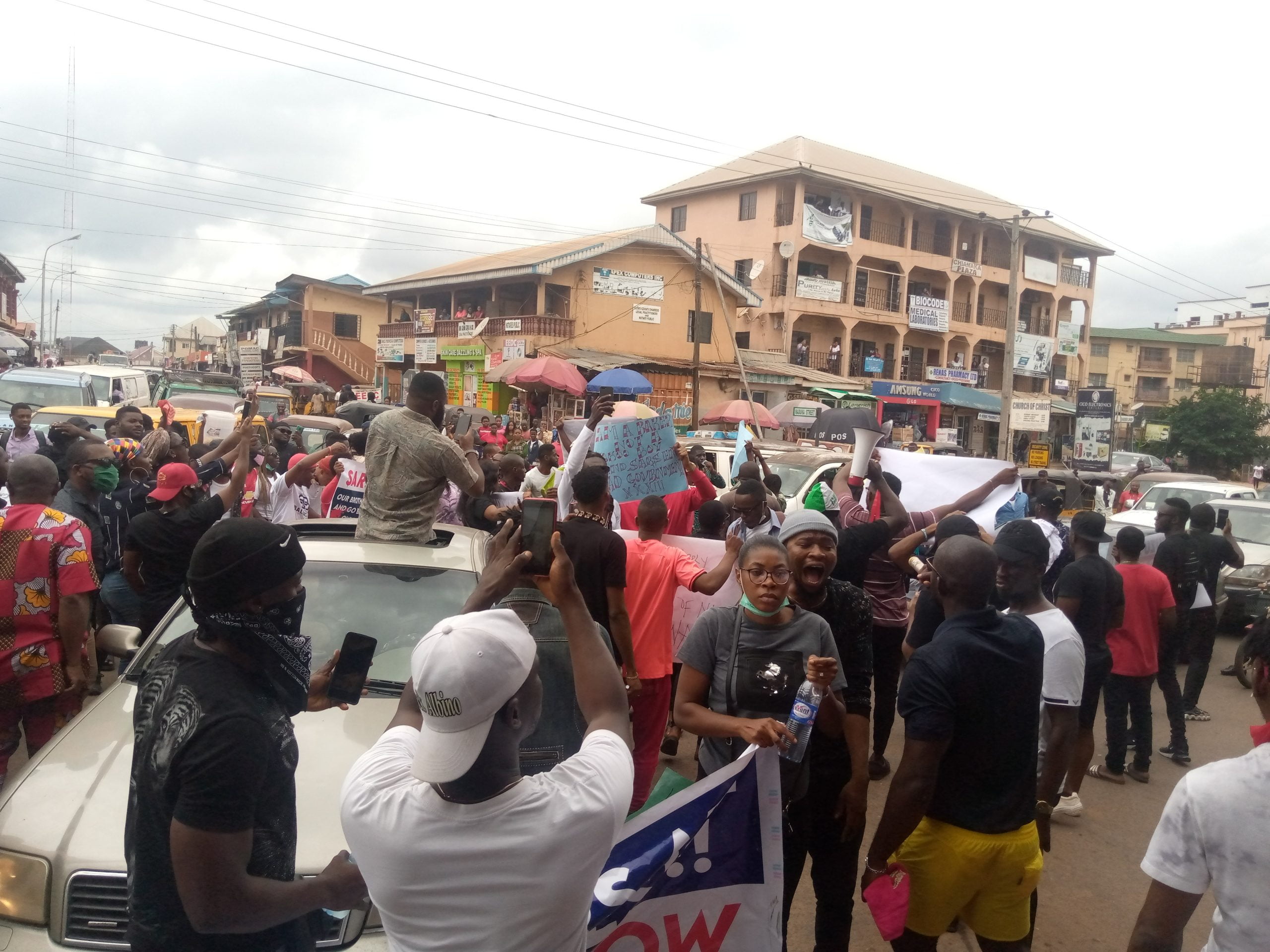 “That placard that guy over there is holding is asking for the prosecution of James Nwafor. He was the SARS Commander in Anambra at one time and was alleged to have shot and killed a young man, asking his people to do their worse. We want people like this brought to book.