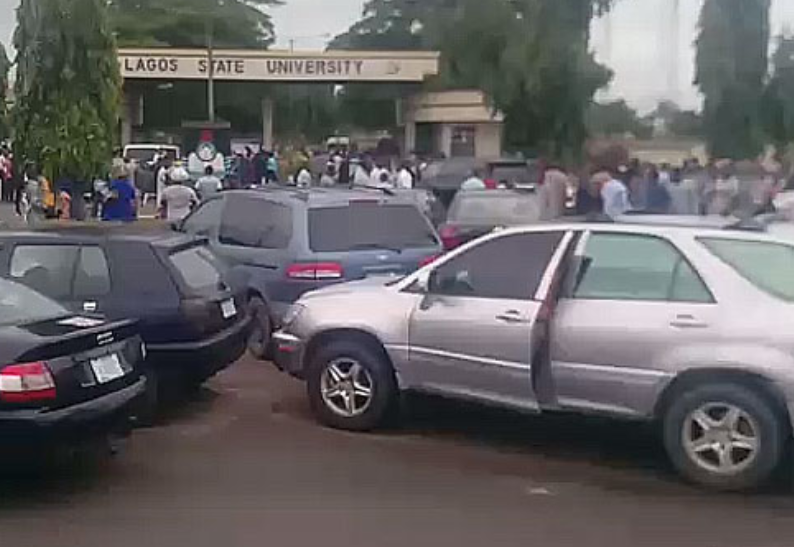 Academic activities at the Lagos State University LASU failed to resume today September 14 as aggrieved members of four unions in the institution barricaded the entrance of the school preventing the Vice-Chancellor and students from gaining access into the premises. 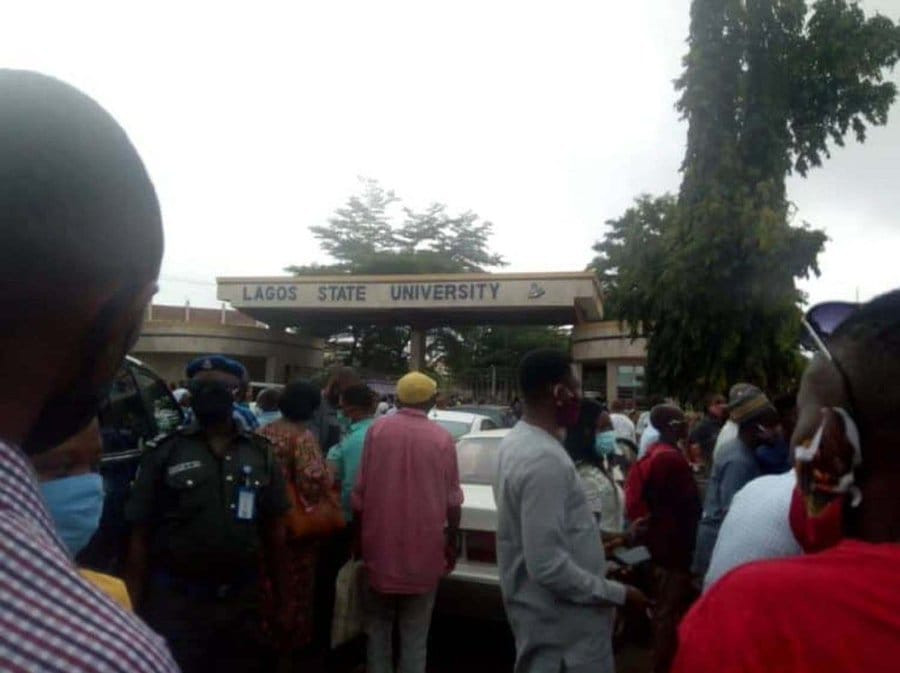 The aggrieved members were protesting the? non-payment of the salary increment promised them by the Lagos State Government over a year ago. They claim? other government workers have received the increment but all the tertiary institutions in Lagos State were yet to be included.

All attempt by the Vice-Chancellor to dialogue with NLC, ASUU and NASU members was not successful, as they insisted that no one will be allowed into the university premises until their demands are met by the state government.

Lagos State Governor, Babajide Sanwo-Olu two weeks earlier announced that tertiary institutions in the state will be reopened today, September 14, 2020, after being shut for six months due to the COVID-19 pandemic.

Posted by makarella at 4:49 PM