“See this one, he can’t even drive” -Vee mocks Laycon 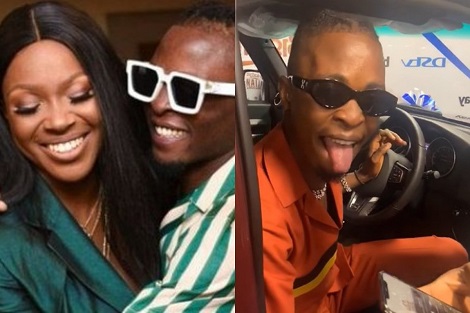 The 4th runner up of BBNaija season 5, Vee has thrown a subtle shade at Laycon saying he can’t even drive the car gifted him.

Apparently, Laycon had told her during their stay in the BBNaija house that he has no idea in driving and does not own a car.

Shortly after he was given the keys to his new car (IVM SUV) from Innoson motors, he jumped to the driver’s seat, honking repeatedly till Vee approached him and said “See this one, that’s the only thing he can do, he can’t even drive.”

She later jumped into the driver’s seat where she was also heard horning and asking Laycon to drive her to Shoprite.

Posted by makarella at 7:41 PM