BBNaija: Kaisha And Neo Caught Together In The Bathroom As Praise Stirs Reactions

Praise disclosed this development to Wathoni and asked her to go and confirm in the bathroom. 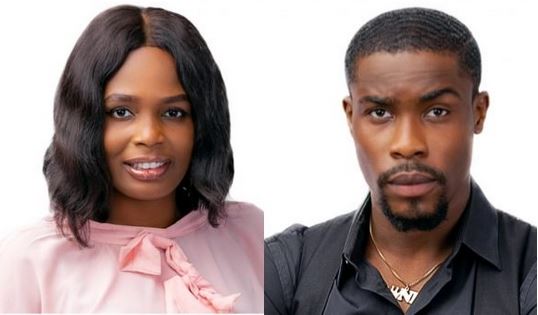 Big Brother Naija, BBNaija housemates, Kaisha and Neo on Saturday night were caught together in the bathroom.

Praise disclosed this to Wathoni and asked her to go and confirm in the bathroom.

However, it is not clear what both housemates were caught doing.

This seems to have caused tension between lovers; Vee and Neo as they slept on separate beds last night and had a little fight.

Praise talking to Wathoni said: “ Neo and Kaisha are together in the bathroom.

“I told you Kaisha likes Neo, go and see what is going on in the bathroom.

“Brighto went to confirm but the camera did not reveal what exactly was happening in the bathroom.”

Minutes before the conversation, Kaisha had said everyone is single in the house.

“This is Big brother’s house, everyone is single.”

The situation has stirred reactions from BBNaija fans who are of the opinion that Kaisha likes Neo and would start a ‘love triangle’ with Vee if she remains in the house beyond today.
Posted by makarella at 1:01 PM