Firefighters and police officers are at the scene of the incident and the area has been cordoned off. 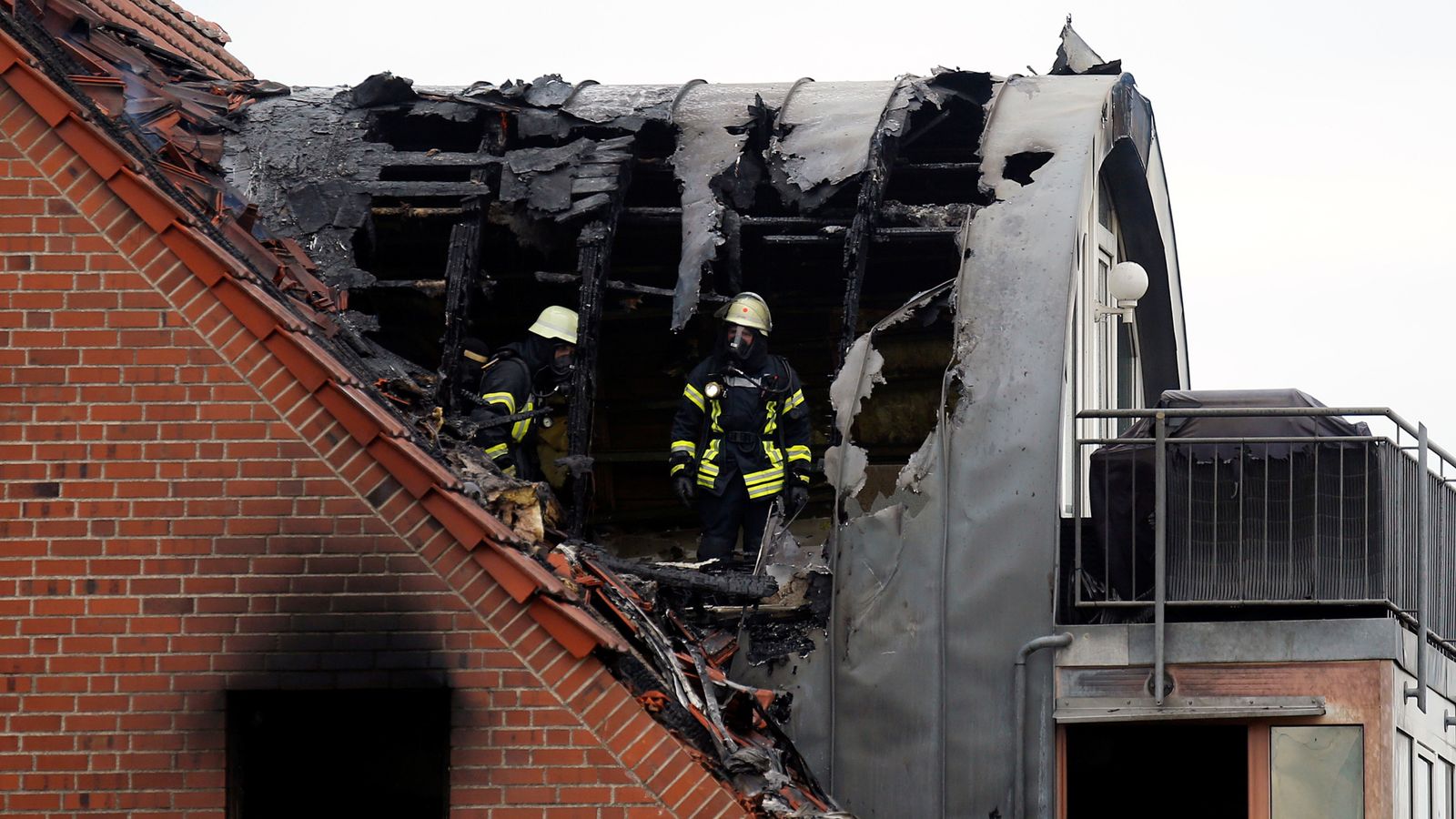 The scene of the incident
According to Sky News, a plane is thought to have collided with a hot air balloon shortly before it crashed into an apartment block, killing three people and injuring a child.


A fire was started when the light aircraft hit the building in the German city of Wesel, around 35 miles north of Dusseldorf, on Saturday afternoon.
Witnesses told local media the plane had hit the balloon before coming down.

Firefighters and police are at the scene and the area has been cordoned off. 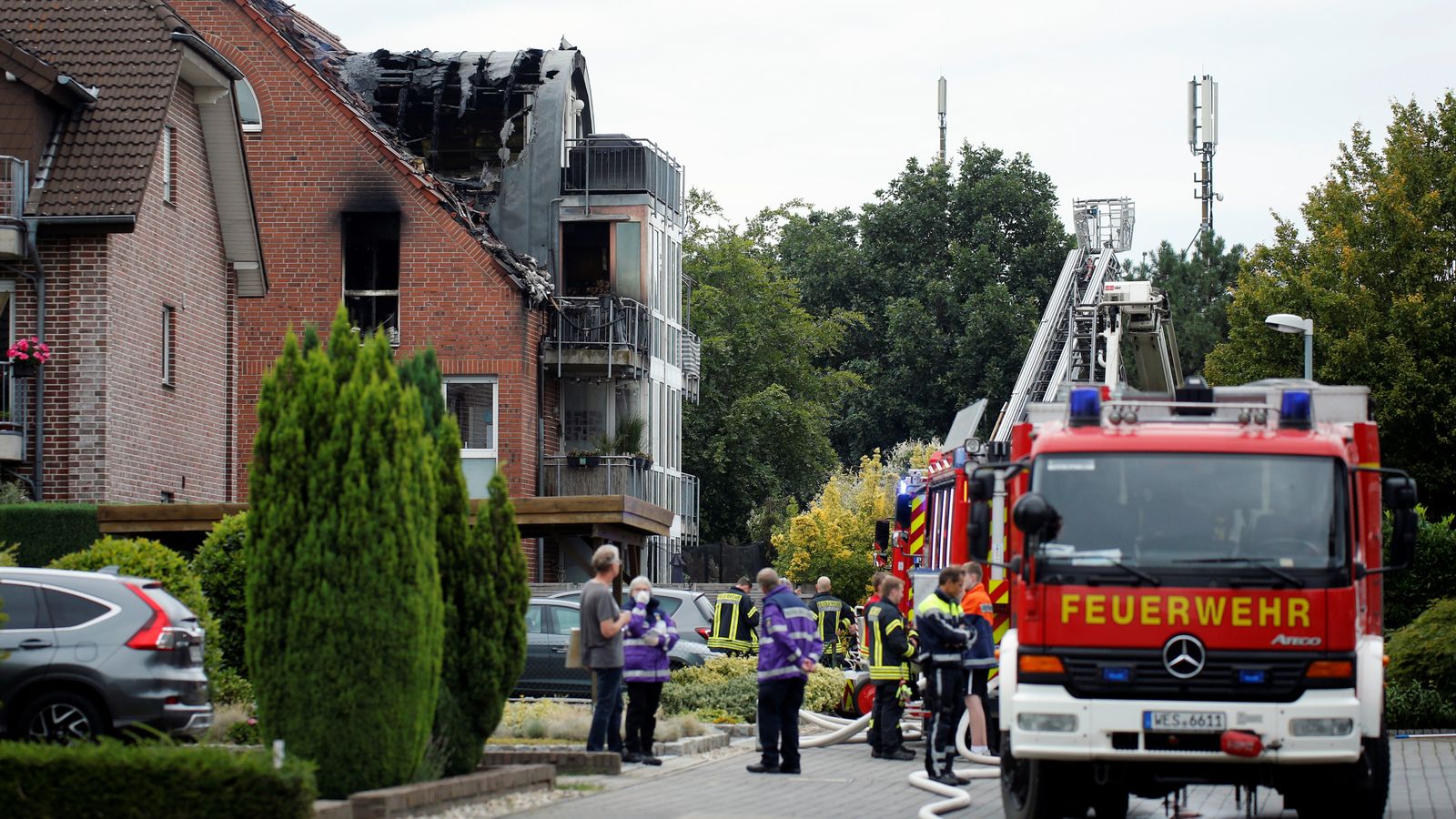 The aircraft was capable of carrying two people, but police say it is not yet clear how many people were on board and the dead have not yet been identified.

The child hurt in the accident is said to have suffered only minor injuries.

Wesel police spokesman Peter Reuters said: "What we know so far is that at 2.40pm here in Wesel, an ultralight aircraft crashed into a residential building, whose attic went up in flames.
"On the first inspection of the house, three dead bodies were found in the attic.

"We cannot give any information as to their identities at the moment. We are still investigating the cause of the crash." 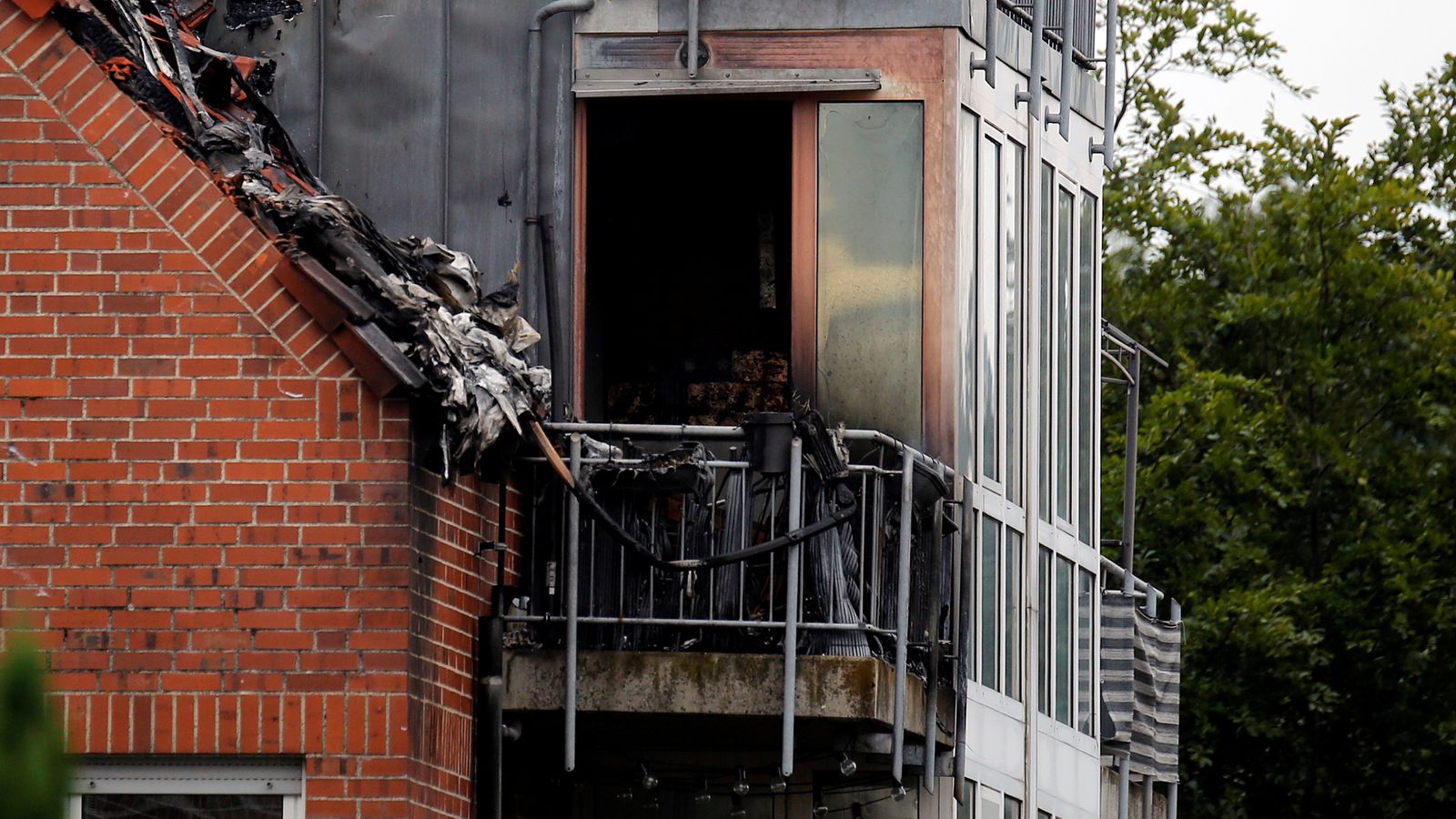 He added: "We are using search dogs as we still have no reliable information on the whereabouts of the pilot and co-pilot. So we are using rescue dogs to conduct a thorough search of the area around the crash site.

"To our knowledge the plane started its flight in Marl and made a pitstop here in Wesel. It then flew off again and shortly afterwards it crashed." 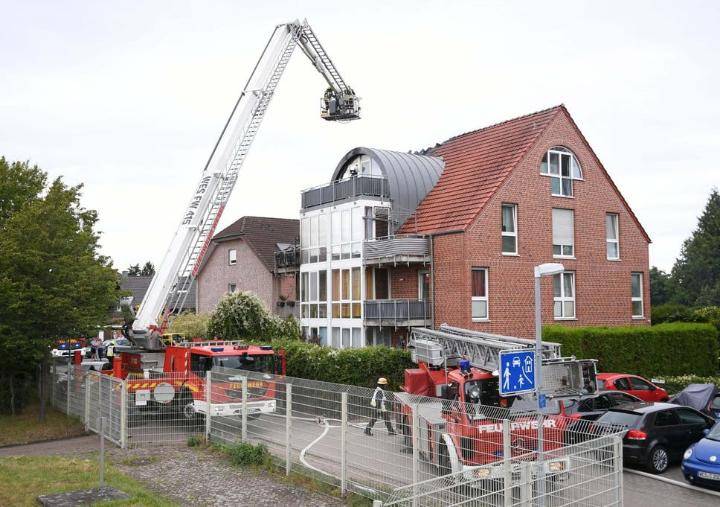