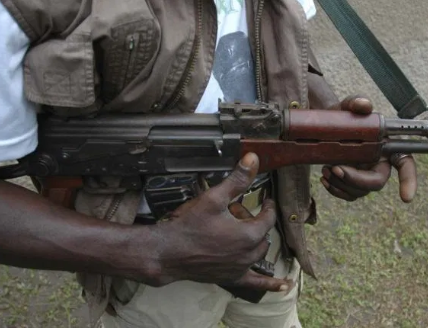 Gunmen have killed a police sergeant and kidnapped 4 expatriates after they stormed the premises of Danatrite Construction Company in Oban, Akampka LGA of Cross River state.

The name of the murdered policeman has been given as Ifere Samson. He was the security on guard at the time of the attack. The names of the 4 foreign nationals who were kidnapped are Kan Jinxi, Hujinchang, Jiang Jijun, and Cheng Qing.

Also, one Mrs. Udosen whose husband was kidnapped and killed in 2018 in Calabar was also kidnapped last night in Calabar South LGA. Security agents are already on the trail of the gang who carried out the kidnapping.
Posted by makarella at 2:49 PM