Teacher arrested for raping his 10-year-old pupil in Yobe; says she gave her consent 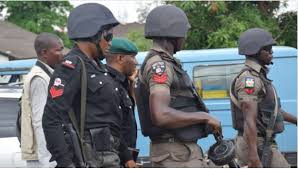 The Yobe state police command has arrested an Assistant headteacher with Jajere Central Primary School, Abubakar Musa. for allegedly raping one of his pupil, a 10-year-old (name withheld), and claiming it was consensual.

Disclosing his arrest to newsmen, the spokesperson of the state police command, ASP Dungus Abdulkarim, said Musa who is well known in the community for defiling little children, used money to lure his victim, a primary five pupil, into an uncompleted building and raped her on two occasions, July 15 and July 17.

“From our investigation, we found out that Musa met her in the market where she sells sachet water. He then picked two sachets of water and left after telling her to meet him in an uncompleted building for her money. As soon as she arrived, he took advantage of the situation and had sexual intercourse with her.
We also gathered that Musa lured the victim to a-yet-to-be identified place and had canal knowledge of her for the second time. We are now working with the victim to identify the second crime scene,” ASP Abdulkarim said

When interrogated, Musa confessed to having had sex with the little girl twice but blamed his action on the work of the devil. He added that the little girl consented to him raping her.

The police spokesperson says the matter will be charged to court soon.
Posted by makarella at 2:49 PM