Revealed! What Rihanna Did After Her Father Contracted The Coronavirus

Details have emerged on what world famous singer, Rihanna did when her father contracted the coronavirus. 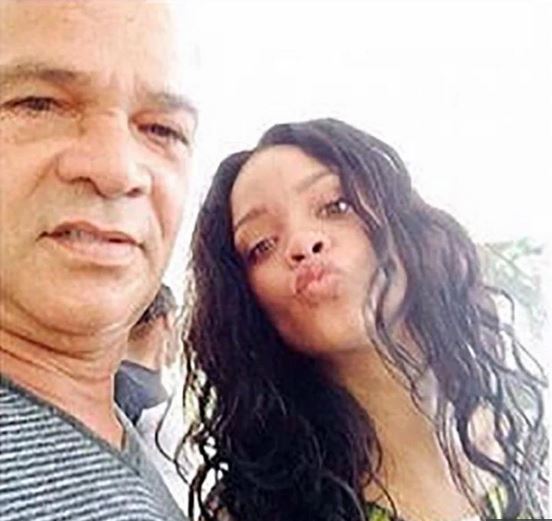 Rihanna and her father
Rihanna's father, Ronald Fenty, feared he would die after testing positive for coronavirus and suffering extremely high fevers.


He told The Sun exclusively his devoted daughter, whose real name is Robyn Fenty, sent a ventilator to his home, and checked on him every day.

The Sun caught up with Ronald, 66, in his Barbados home, where he confirmed he tested positive for the deadly virus.

Wearing a blue polo shirt and plaid shorts, he told The Sun: "My daughter Robyn was checking in on me every day.

"I thought I was going to die to be honest. I have to say, I love you so much, Robyn.'

"She did so much for me. I appreciate everything she has done."
He revealed his superstar daughter, 32, was able to get her hands on a ventilator "that he hadn't used yet," and shipped it to his home in the Caribbean.

Ronald said she gave him "more than" he needed to make it through the illness that brought him to his knees.

He recalled: "I got a fever up inside of my nose. I had a fever across my lips. It was just a lot of fever.

"I feared the worst. I thought I was going to die, honestly."
After spending 14 days in the Paragon Isolation Center, he was declared virus-free.

With dogs Xena and Ebony by his side, Ronald is now resting in the spacious St. James home his rich and famous businesswoman daughter bought for him.

After fearing death, he pleaded to fans: "I want everybody to stay home. This is a serious situation.

He even made a call for the local government to "shut down."
***
Source: The Sun UK
Posted by makarella at 2:55 PM