Model with prominent tribal marks, Adetutu OJ calls out Broda Shaggi for his 'distasteful' commentary on a makeup video done using a model with tribal marks 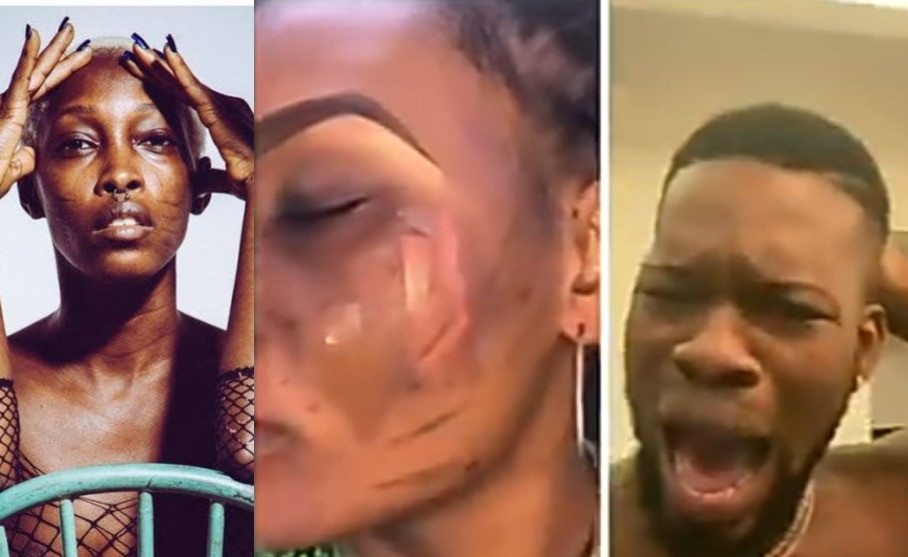 Adetutu O.J., the Nigerian model with prominent tribal marks who gained prominence when she indicated interest in modeling for Rihanna, has called out Instagram comedian, Broda Shaggi and accused him of mocking a woman with tribal marks.

In a makeup video shared on Instagram, Broda Shaggi is seen doing a commentary as a woman with prominent tribal marks had makeup done on her face to hide her marks and spots. 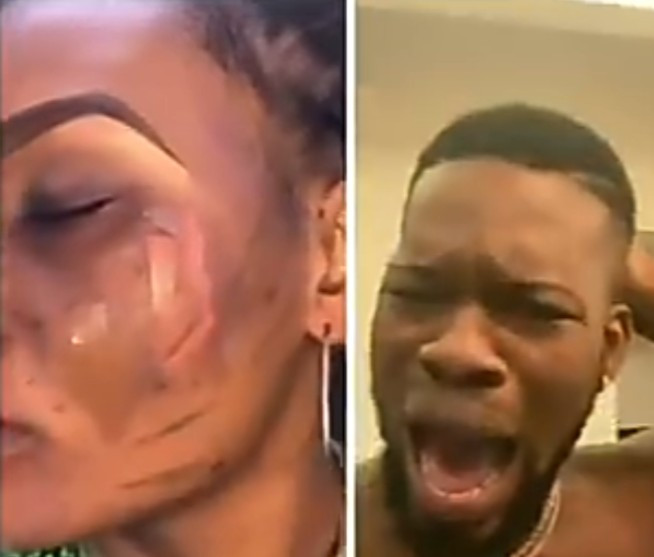 "God will punish the people that invented makeup," Broda Shaggi said as the model was transformed with makeup to the point that her tribal marks were no longer visible. 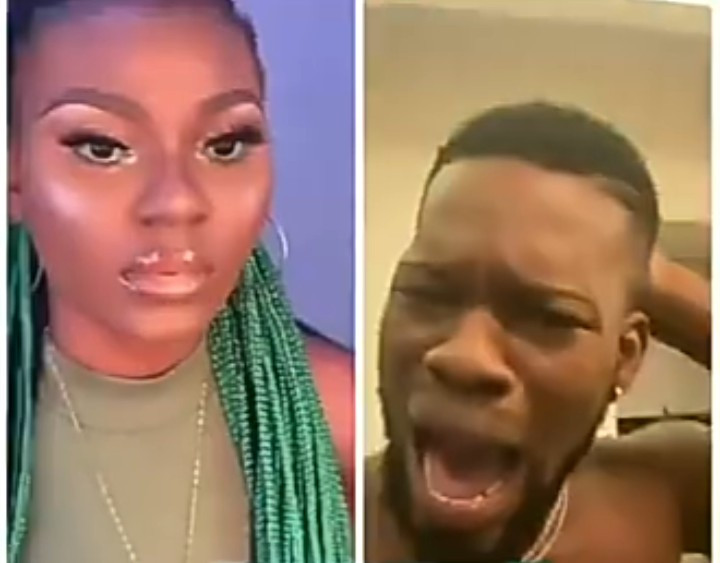 Adetutu O.J., who has been open about the stigmatization she's suffered due to her facial marks, felt Broda Shaggi's commentary on the video was disrespectful and she accused him of mocking people with tribal marks.

Her followers also joined in calling the Instagram comedian out. They accused him of adding to the stigmatization those with tribal marks suffer.

you think this is funny? I know you were a friend of my brother, makinde while in unilag but I'm mad at you for this kind of joke you think you made. People with tribal marks gets to be mocked almost every time whether they like it or not and for a makeup artist to conceal her tribal marks ; it's because she wanted it or the agreement with the makeup. That girl deserves an apology and this video makes me mad because it's not fucking funny. People with tribal marks deserves to be respected and not to be mocked. And even if she consented to the concealing of the tribal marks by her makeup artist, you making a joke about it mocks the makeup artist and the tribal marked lady. She might not speak for herself but I have said my mind, the video is simply a mockery video and it's not funny. 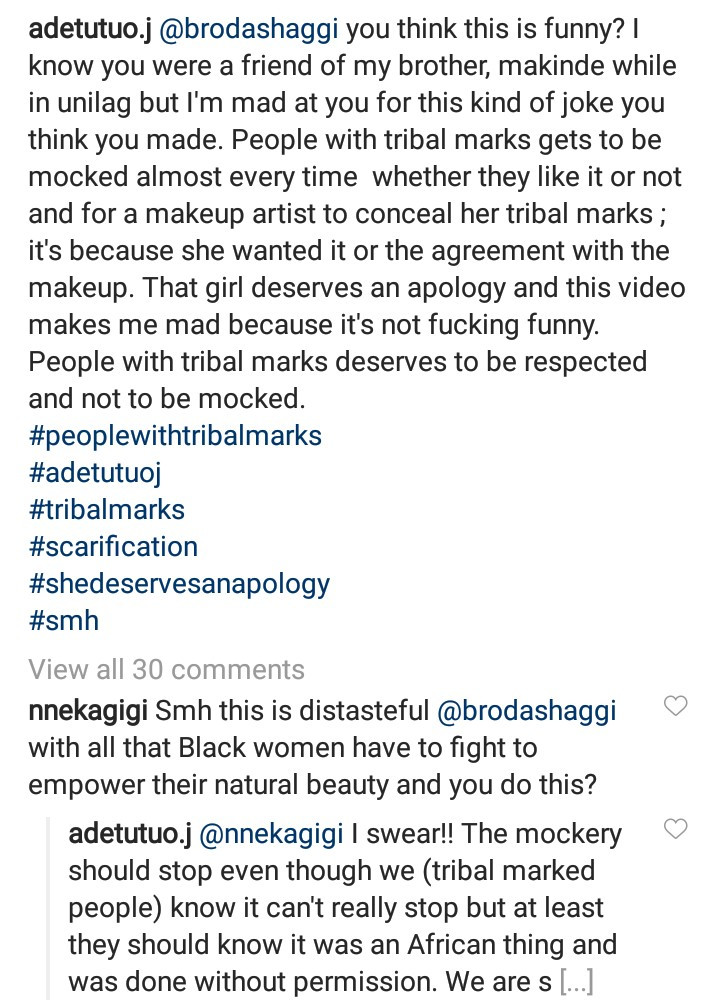 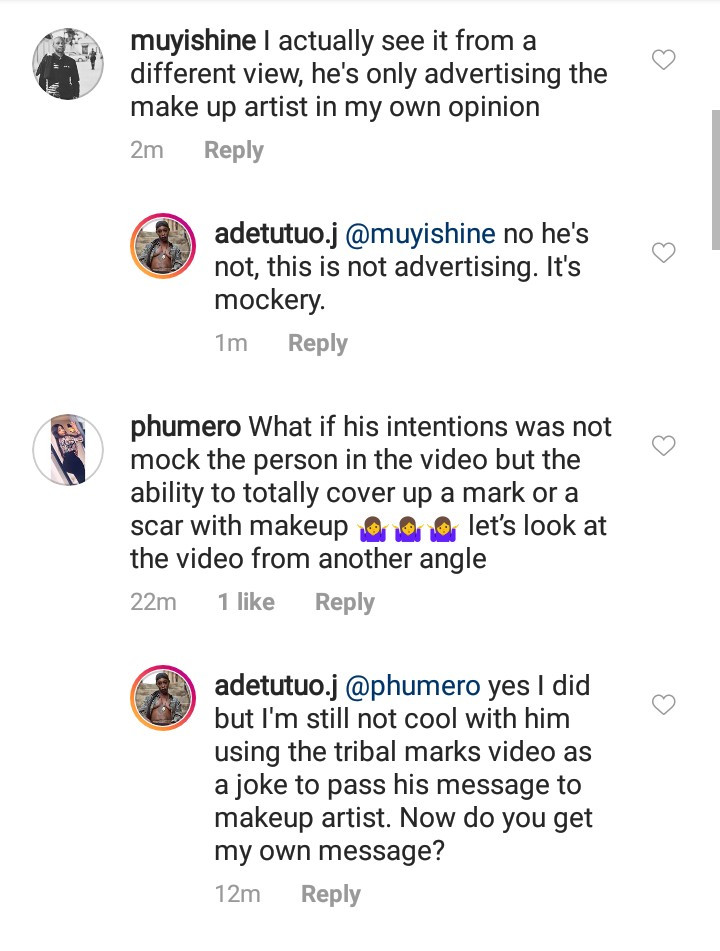 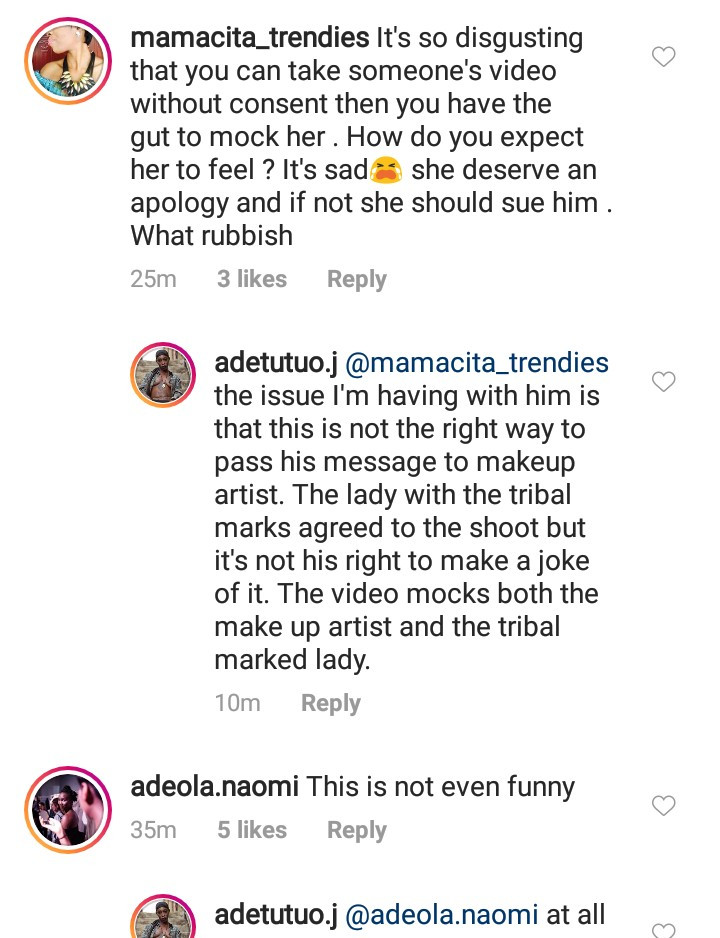 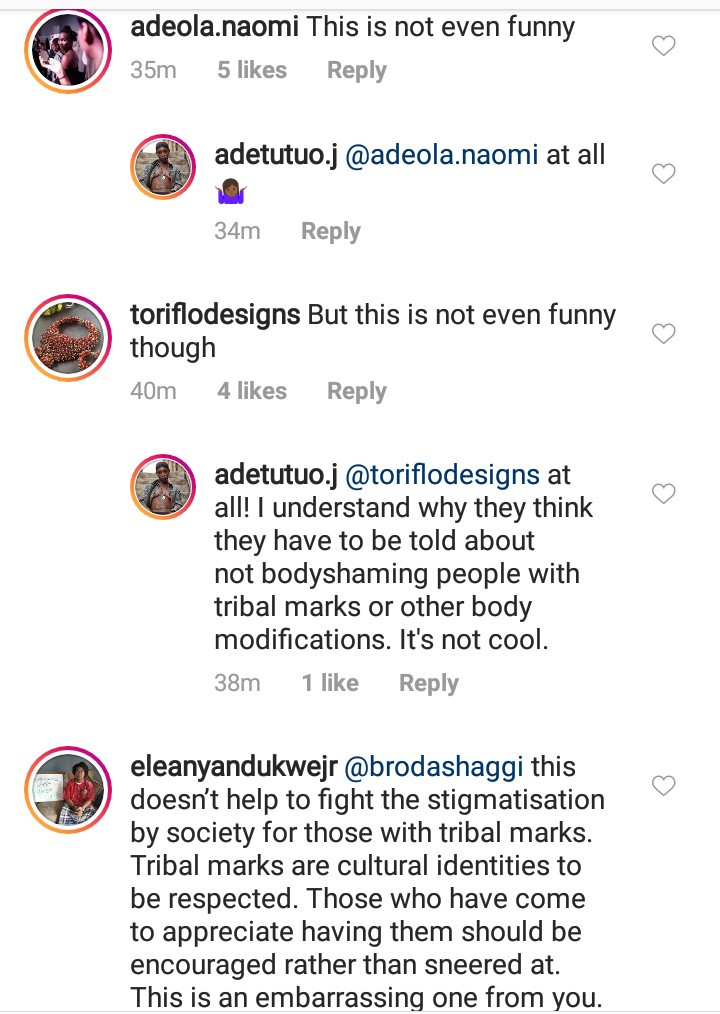 Posted by makarella at 8:20 PM