update: 22-year-old man arraigned in court after death of goat he raped 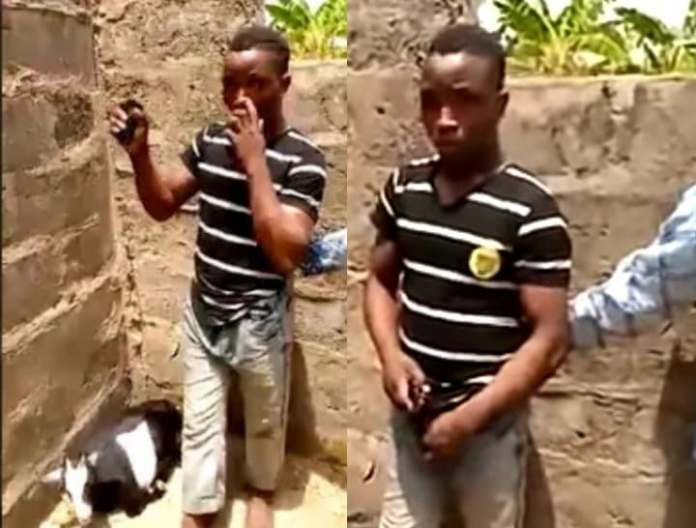 22-year-old Sunday Ogaji who was nabbed having sex with a she-goat in an uncompleted building in Ado Ekiti, Ekiti State capital has been arraigned in court.

The suspect who was arraigned before a Magistrates’ Court on Friday March 13 was charged with ”unnatural offence”, an offence which contravened the provisions of Section 214(2) of the Criminal Code, Laws of Ekiti State, 2012.

Prosecution counsel, Sgt.Olubu Apata who disclosed that the suspect was caught red-handed in the act on March 4 at about 2:30 p.m at Basiri area of Ado-Ekiti, said the she-goat the suspect raped died on the spot.

Ogaji however pleaded not guilty to the offence as his counsel, Mr Timi Omotosho asked the court to grant him bail in the most liberal terms.

The 22-year-old man was granted bail of N50,000 with one surety in like sum by Magistrate Kehinde Awosika who adjourned the case till March 31 for hearing.
Posted by makarella at 1:56 PM