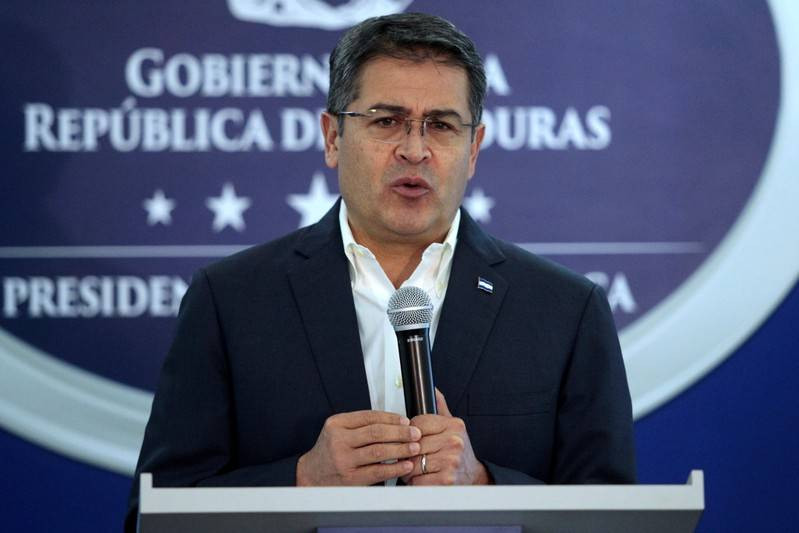 Honduras President, Juan Orlando Hernández has been linked to drug trafficking following an investigation carried out by US prosecutors.

Juan Orlando Hernández was accused of meeting with a drug trafficker around 2013 and taking $25,000 in exchange for protecting him (trafficker) from law enforcement. The incident came to light after US security agents arrested one Geovanny Daniel Fuentes Ramires at Miami International Airport on Sunday March 1, on charges of conspiring to import cocaine into the U.S. and related weapons charges.

It was alleged that the Honduran President expressed interest in a cocaine laboratory that Fuentes was running near Puerto Cortes on the Atlantic coast, after series of meetings. He was reportedly interested in the cocaine laboratory because it was close to the port.

The documents read in the parts;

“ Juan Orlando Hernández and Fuentes agreed to facilitate the use of Honduran armed forces personnel as security for Fuentes' drug-trafficking activities. Hernández instructed Fuentes that his brother, Hernández Alvarado, was managing drug-trafficking activities in Honduras and that Fuentes should report directly to Hernández Alvarado for purposes of drug trafficking.
“Fuentes Ramirez paved the way for unimpeded shipment of multi-ton loads of cocaine by bribing police and a high-ranking Honduran politician, and reporting directly to Tony Hernandez, another co-conspirator in the scheme and himself a former Honduran congressman.”

In a statement issued on Tuesday March 2 by the U.S. Attorney's Office for the Southern District of New York, Hernández was identified as a "high-ranking Honduran official" or as "CC-4," a co-conspirator.

However court documents identified “CC-4” as President of Honduras and brother of former congressman Juan Antonio Hernández Alvarado, who was convicted on drug charges last year.

The Honduran President who is yet to be charged was described as the winner of the 2013 presidential elections in previous filing. Though it is not clear if the incident occurred before he won the Presidential election in 2013, it was however gathered that he has repeatedly denied earlier allegations of connections to traffickers.
Posted by makarella at 5:50 PM