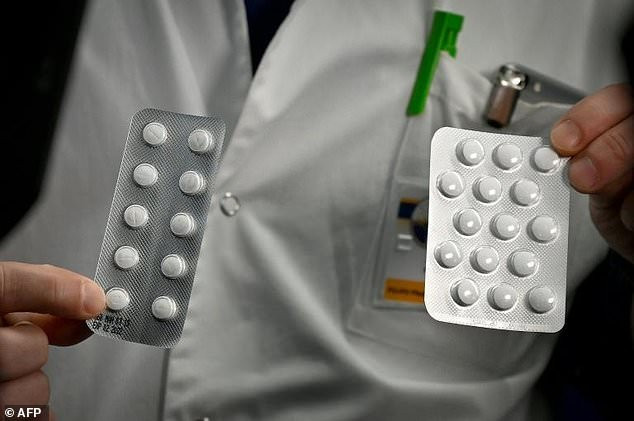 The United States Food and Drug Administration (FDA) has approved the use of chloroquine and hydroxychloroquine alongside some other drugs for the treatment of coronavirus till a vaccine is developed.


The anti-malaria drug touted two weeks ago as a 'gift from God' by Trump, will now be massively produced, with the World Health Organization directing individual health ministries of affected countries to start producing the drug and administering it to coronavirus patients.
In a statement published Monday, the US Department of Health and Human Services detailed recent donations of chloroquine, hydroxychloroquine and other drugs to a national stockpile - as drugs being investigated as potential COVID-19 treatments.
The statement said the FDA has allowed chloroquine and hydroxychloroquine 'to be distributed and prescribed by doctors to hospitalized teen and adult patients with COVID-19, as appropriate, when a clinical trial is not available or feasible.'
Karine Le Roch, a professor of cell biology at the University of California, explained that both chloroquine and hydroxychloroquine are weak bases that elevate the pH of parts of human cells called organelles - which are analogous to organs in animals - and which are normally acidic and interferes with the virus' ability to enter the cells while blocking them from replicating once they are already inside.
But, she added: 'While it worked in vitro, I am still waiting to see published results of large blind clinical trials demonstrating the efficacy of HCQ in vivo,' she told AFP

China used CQ on a trial of 134 patients in February, finding it was effective in reducing the severity of the illness, according to officials.
In France, a team led by Didier Raoult of the IHU-Mediterranee Infection, Marseille, reported last week they had carried out a study on 36 coronavirus patients, finding that HCQ drastically reduced the viral load among those who received the drug.
Posted by makarella at 4:16 PM