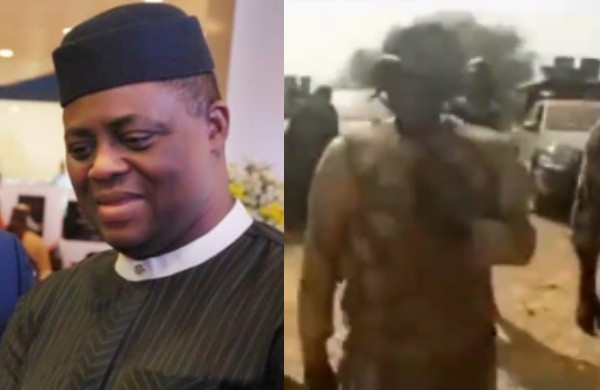 Former Minister of Aviation, Femi Fani-Kayode has alleged that General Adeniyi who was spotted in a viral video complaining about Boko Haram insurgents having more ammunition than Nigerians soldiers, has been relieved of his appointment.


We reported yesterday that General Adeniyi said their morale have been high even though the insurgents have pushed back with so much resistance. He also disclosed that the Boko Haram terrorists have been fighting with much ammunition than before. According to the Army General, they were faced with over 15 gun trucks on every flank during a recent fight against the insurgents.

Serving an update on the alleged action taken against the military General, Femi Fani-Kayode tweeted;

Gen. Adeniyi, the gallant commander who led our troops in Operation Lafia Doyle & who appeared in a video that went viral 2 days ago complaining about the conditions that his troops were facing on the war front with BH was relieved of his appointment yesterday. What a pity!

Posted by makarella at 4:17 PM