A video has surfaced online of a man who beat up his wife for refusing to be a stay home mom and insist on working. 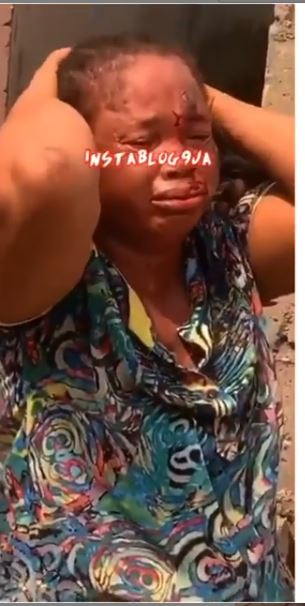 
It was gathered that the wife had requested to get a job as she was tired of being a full-time housewife bringing nothing to the table, but her decision infuriated her husband.

The matter later degenerated into a fight which left the lady bleeding. She was later rescued by concerned neighbours who said that wasn’t the first time the man would be assaulting her.
The video shows the woman crying profusely with bruises on her face while the neighbours confront the husband.
Watch Video Below:
Posted by makarella at 4:19 PM