The Norwegian refused to be drawn on speculation over a key Red Devils performer's future after he was spotted with a fellow countryman. 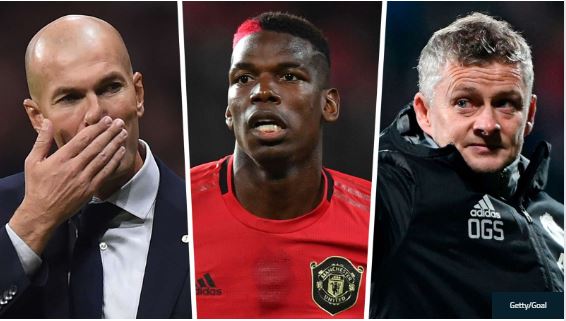 Pogba was pictured meeting with Zidane during the international break in Dubai, where he has been taking in some warm weather training as part of his injury rehabilitation.

The Blancos manager took some time out to meet the midfielder in the Middle East after speaking at an Artificial Intelligence in Sports (DAIS) Conference.

Pogba was strongly linked with a move to Santiago Bernabeu over the summer, after expressing a desire to undertake a new challenge at the end of the 2018-19 campaign.

Ahead of a huge Premier League showdown against Liverpool on Sunday, Solskjaer has responded to Pogba's encounter with the Madrid head coach.

"I don't have a problem with that at all," the United manager told a press conference on Friday.

Solskjaer went on to dismiss any notion of disloyalty from Pogba, insisting he has given as much as he can to United's cause this term despite dealing with ongoing fitness issues.

"He's been playing through the pain barrier," the Norwegian added. "He's been criticised left, right and centre, but when he came back, Rochdale, Arsenal, he could have easily opted not to play in them. He wanted to play." 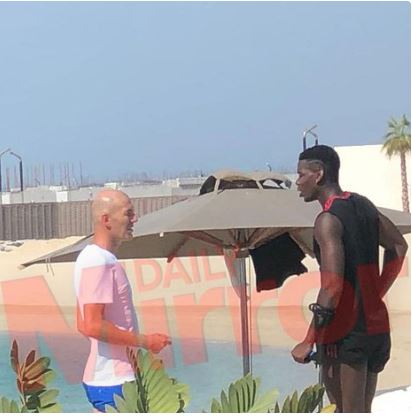 Zinedine Zidane and Paul Pogba
The Frenchman was sorely missed as United suffered a shock 1-0 defeat to Newcastle at St James' Park just before the international break.

The result left Solskjaer's side languishing in 12th, with only nine points on the board after eight matches of the new season.

A win over Liverpool at Old Trafford this weekend could significantly lift the mood at the club, but Pogba may not be the only key performer forced to watch on from the sidelines.

Anthony Martial, Jesse Lingard and Luke Shaw are all doubts, while Solskjaer has admitted that David de Gea is unlikely to take part after picking up a knock while playing for Spain.

United are, however, likely to welcome back summer signing Aaron Wan-Bissaka, who has made a full recovery from an illness which saw him miss the trip to Newcastle.

After their encounter with Liverpool, the Red Devils will switch their attention back to the Europa League, with a tough away fixture against Partizan Belgrade on the horizon next Thursday.
Posted by makarella at 3:00 PM