Two suspects alleged to be involved in the murder of some young girls in Port Harcourt hotel have been arrested. 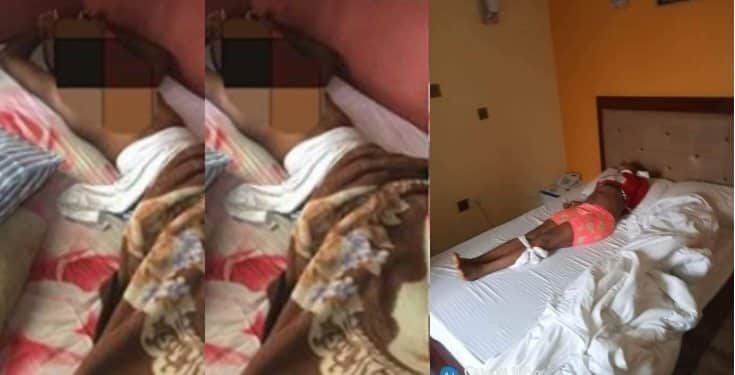 Victims of the murder
Two suspects linked to the murder of two young girls at a hotel in Port Harcourt, Rivers State capital have been arrested by men of the Rivers State Police Command.

The state Commissioner of Police, Mustapha Dandaura who gave an update on police effort to address the killings which led to an outcry of a serial killer being on the loose, said an agreement was reached with hotel owners and managers some weeks ago over a compulsory installation of CCTV cameras.
The Police boss said any hotel that fails to comply with the directive will be shut down at the end of the ultimatum.
Expressing shock that some hotel owners are yet to comply with the directive, Dandaura revealed that eight young women had been murdered in the state by suspected ritual killers in the past two months and each victim always had white clothes strapped around their necks and waists.
The Commissioner of Police added that one of the suspects was arrested in Kaduna after a young lady reported that he was trying to lure her to a hotel with a promise of paying her N30,000.
He said, “So far, we have made substantial progress in the investigation of these killings. In one of the cases, the actual murder suspect has been arrested and he is making useful confessions. He would have been paraded today (Tuesday), but we are still working on some clues given by him that may aid our investigation.

“Regrettably, it has come to my notice that some hotels have yet to comply with my directive on CCTV camera, hence my order to arrest the managers, receptionists and desk officers in two hotels, where two separate murders were recorded.

“They will be investigated and if found culpable, charged with culpable homicide. Today, I want to reinforce our commitment to tackling the menace and assure you that we have come to the end of this monstrous act by desperate cultists and ritualists.”
Asides pleading with hotel owners not to accept guests on short stay as against a day or more which is the standard in many hotels, Dandaura also listed confirmation of guests’ phone numbers, identity cards and the registration of visitors by hotel managers as other check-in and check-out procedures to tackle the hotel killings.
Posted by makarella at 1:46 PM