A car wash attendant has suffered a horrific accident in Lekki while cruising with a client's car. 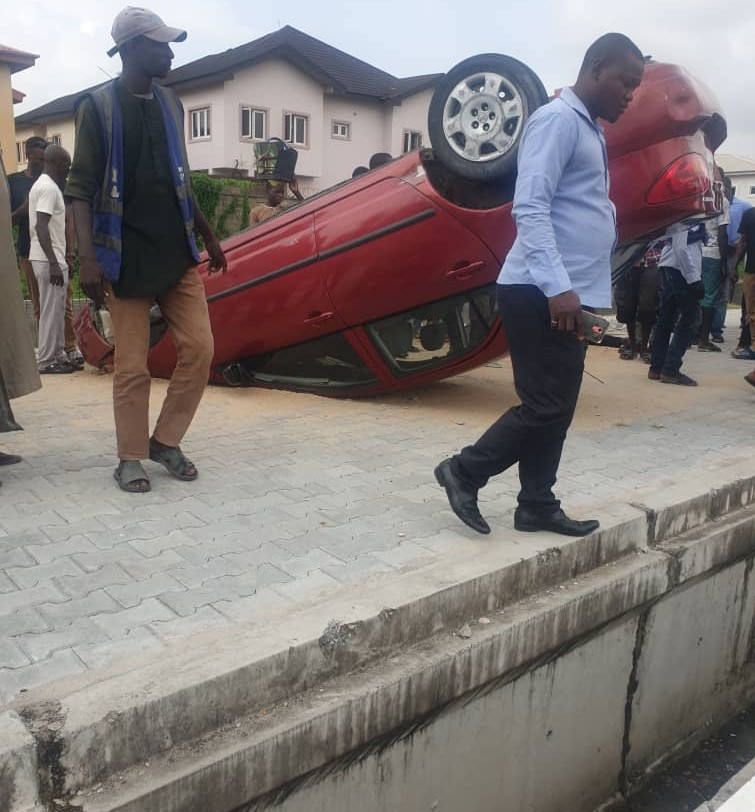 Scene of the accident
It has been reported that a staff at a car wash company in Lagos, has suffered an accident today.

The man was involved in an accident in Lekki Phase 1 while driving a client's car.

The accident victim reportedly drove out in one of the cars brought to his car wash for cleaning. While driving the car along Durosinmi Etti, in Lekki Phase 1 early on Monday morning, September 30, the car brake failed and somersaulted.

The man was lucky to be brought out of the car alive but the car was badly damaged.

LASEMA Response Unit have arrived at the scene of the accident and took the injured man away while some stayed back to clear the accident scene. 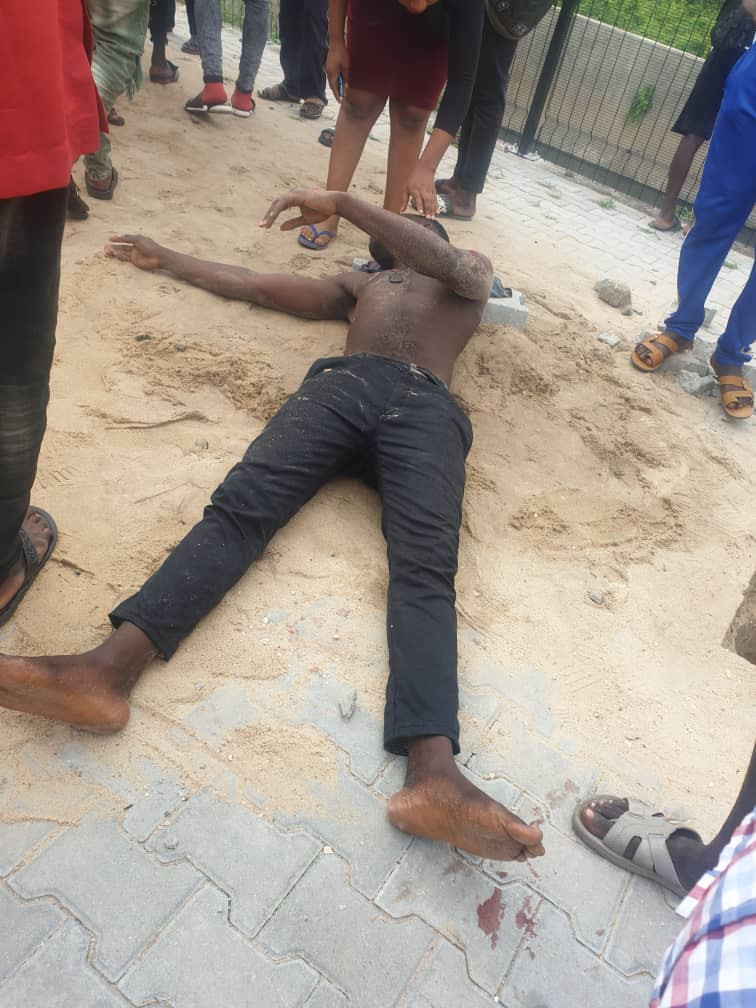 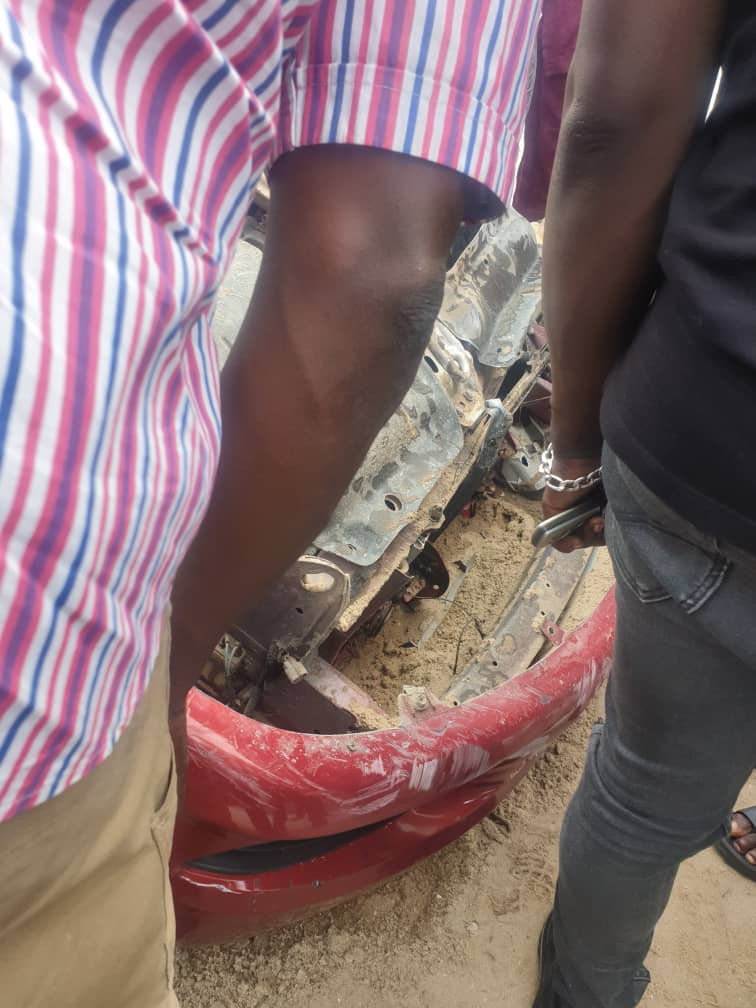 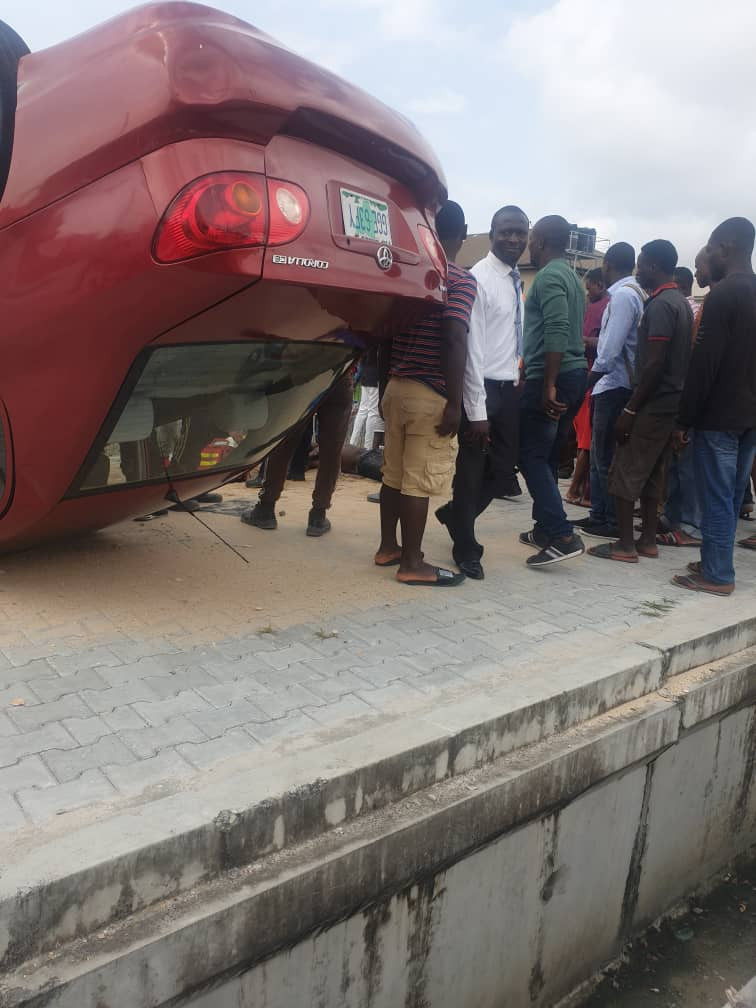 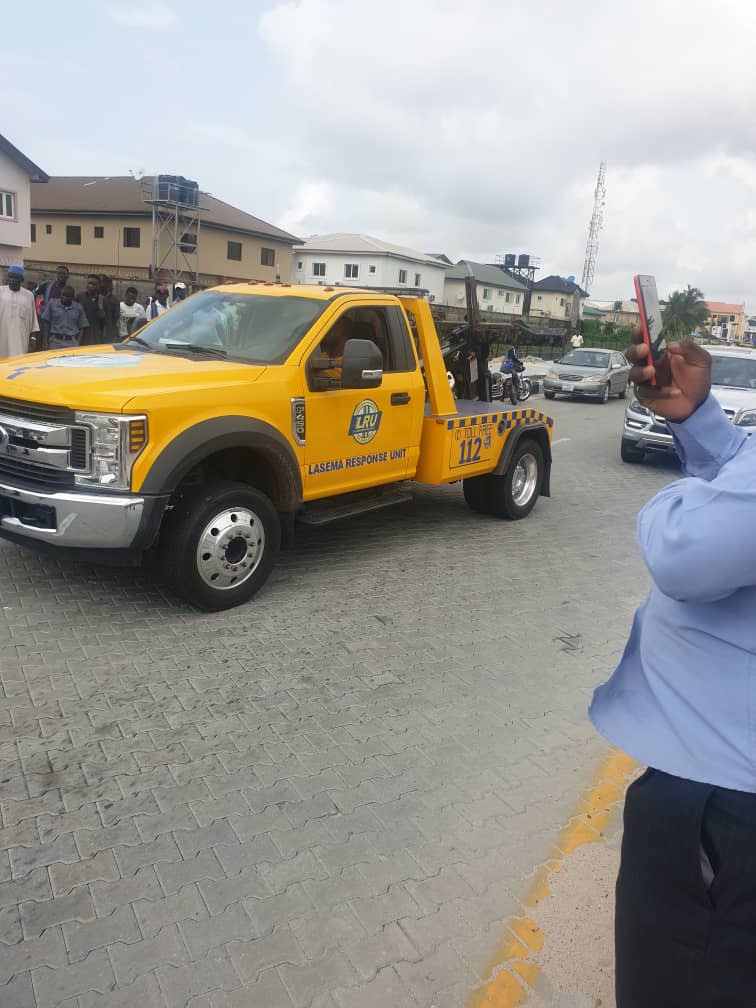 Posted by makarella at 3:29 PM