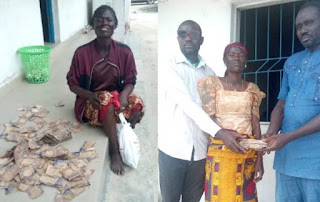 A mentally challeneged woman carrying a huge amount of money which made her a target, has been reunited with her family after police officers from Ekpan Police Divisional Headquarters in Uvwie Local Government Area of Delta State, came to her aid.

The Police led by the Divisional Police Officer SP Ibok Asanaenyi, recovered N200k from the mentally challenged woman identified as Miss Regina Micah, which hoodlums in the community tried to snatch from her. 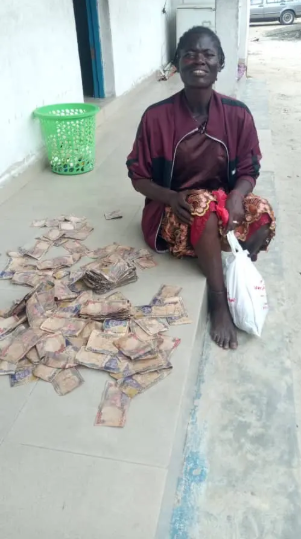 Handing over the recovered sum to the family of Regina said to be an indigene of Kiagbodo community in the state, the DPO instructed that the money should be deposited into a bank account for her upkeep. He also promised to always monitor it to ensure it is judiciously and prudently used for her.
Posted by makarella at 6:22 PM