A thief has been given the beating of his life after he was caught with a gun in Bayelsa. 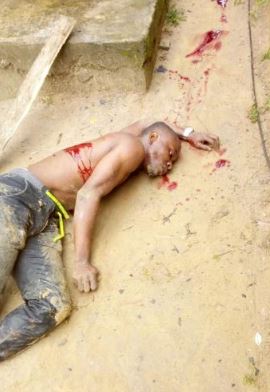 The thief
Residents of Opolo community in Bayelsa State, earlier this morning caught an armed thief with a gun after robbing in their area today.
The angry mob descended heavily on the robber and dealt with him mercilessly.
The powerless thief can be seen crying and begging for his life as they dragged him to a bushy area while attempting to burn him alive. 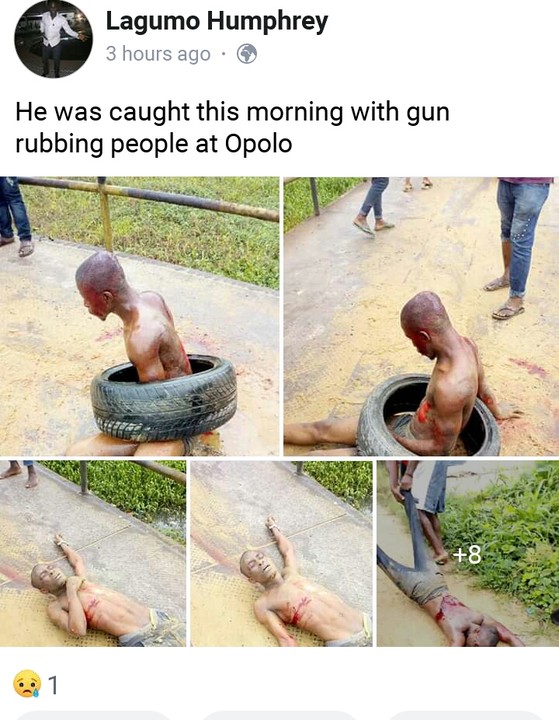 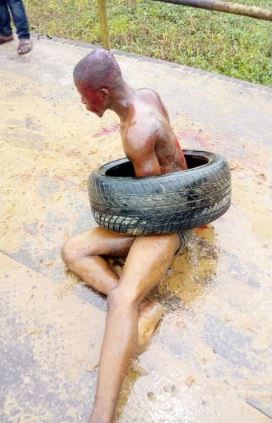 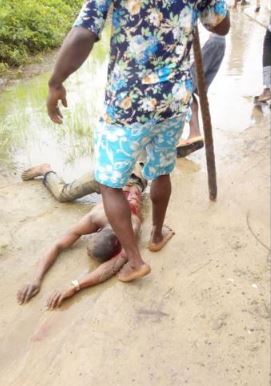 Posted by makarella at 5:29 PM