The Nigerian army has taken delivery of four mine and bomb resistant anti-ambush protected vehicles. 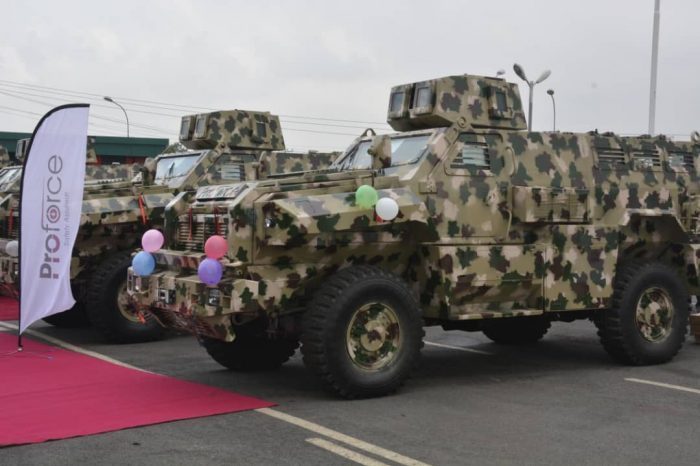 The mine and bomb resistant vehicles
In a boost to Nigeria’s anti-terrorism war, the Nigerian Army on Thursday unveiled four mine and bomb resistant anti-ambush protected vehicles, all made in Nigeria.
The unveiling ceremony at Nigerian Army Resource Centre Asokoro Abuja, was attended by both the Chief of Defence Staff General AG Olonisakin and Army Chief of Staff Lt Gen TY Buratai.
The vehicles were designed and manufactured in Nigeria by Proforce Limited, a local company based in Ode-remo in Ogun state, which has been making armoured vehicles and has had orders from the United Nations and some African countries.
General Olonisakin performed the unveiling and expressed the hope that the vehicles would enhance Nigeria’s military capacity in the fight against terrorism and insurgency in Nigeria.
Five more of the vehicles are expected from Proforce.
Proforce was established in 2008 and according to its CEO, Ade Ogundeyin, an engineer, its products are world-class.
The company’s products are: Armoured Personnel Carriers (APCs), Armoured Tanks,
Armoured SUVs, Armoured Cash-In-Transit Vehicles (CITs), Tactical Armoured Vehicles (TAVs), Unmanned Aerial Vehicles (UAV-Drones), Armoured Saloons and Sedans, Bulletproof Helmets and Vests, Military Trucks, Infantry Combat Vehicles (ICVs), Armoured Boats and Marine Vessels, Architectural Armouring.
See more photos below: 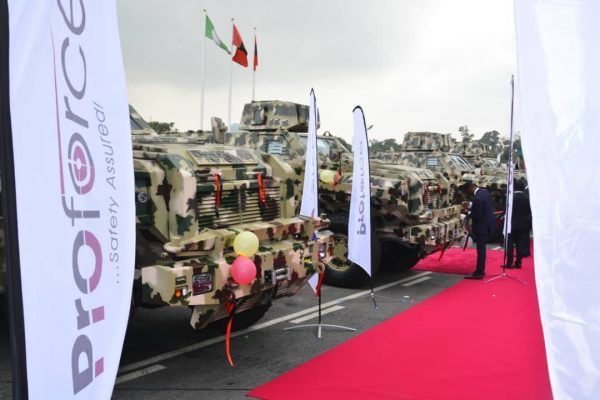 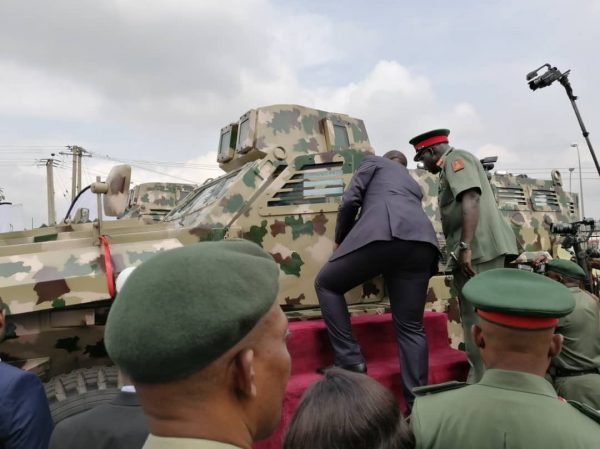 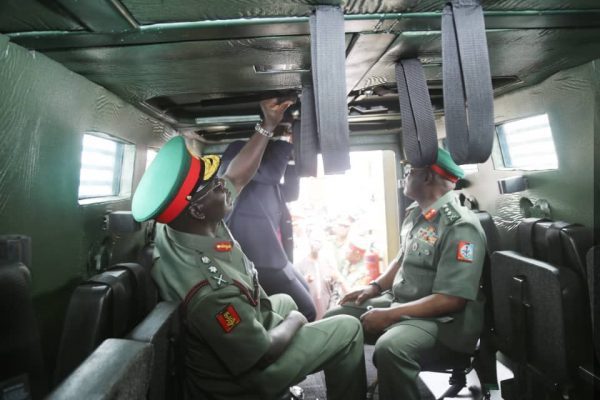 Posted by makarella at 6:52 PM