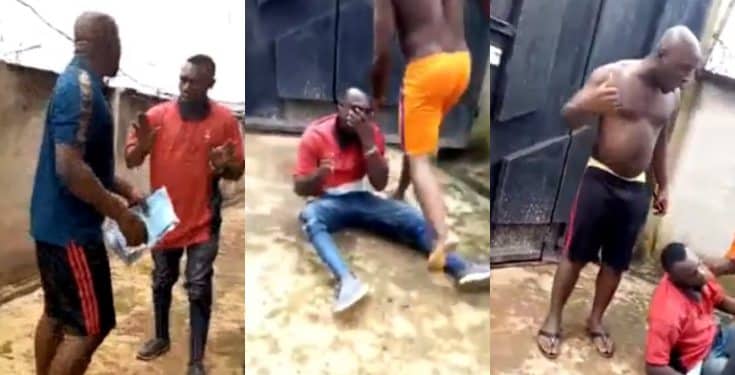 Scene of the incident
A yet-to-be identified man has been spotted in a viral video assaulting some staff of the Enugu Electricity Distribution Company (EEDC), over move to disconnect his apartment from the power grid.
The man’s anger reportedly stemmed from being served an outrageous estimated electricty bill and he shrugged off pleas of letting go of the EEDC staff.
Eyewitnesses claimed that the incident occurred at Umuoji Road in Ogidi area of Anambra State.
It was further gathered that the neighbourhood has had little or no power supply in the last two months.
Here is a video from the scene of the incident below:
Posted by makarella at 7:04 PM