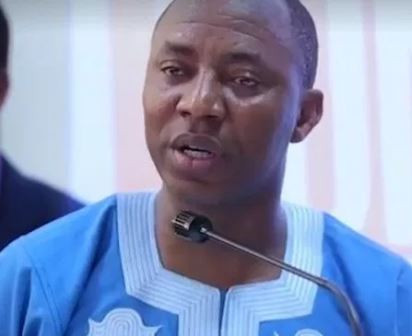 Omoyele Sowore, human rights activist and pro-democracy campaigner, has been barred from speaking at an event inside the University of Lagos.

The development is reportedly connected to the planned mass demonstrations to be led by Sowore on August 5th.

The Muslim Students Society of Nigeria, UNILAG branch, had earlier invited Sowore as a guest speaker for an academic counselling seminar set to hold on July 3, 2019, at the J.F Ade Ajayi Auditorium.  He was, however, barred abruptly from speaking by the group on July 31, 2019, in a “regrettable correspondence”. 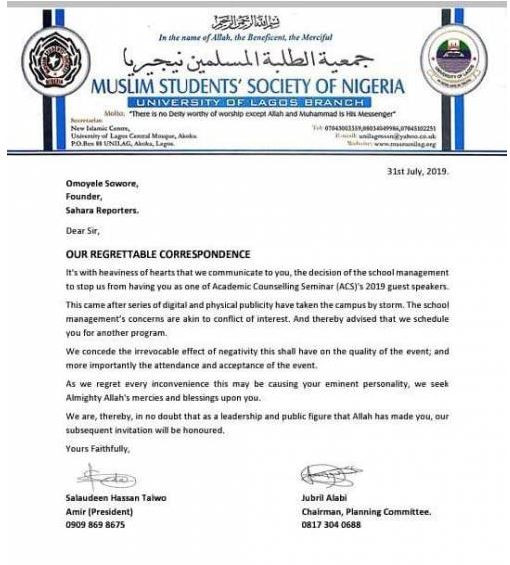 Sowore is spearheading nationwide protests against the Nigerian establishment tagged '#RevolutionNow Days of Rage' scheduled for August 5, 2019.
Posted by makarella at 7:12 PM