In a recent video making rounds on social media, Zlatan Ibile shared an adorable moment with his son with whom he could not get enough. 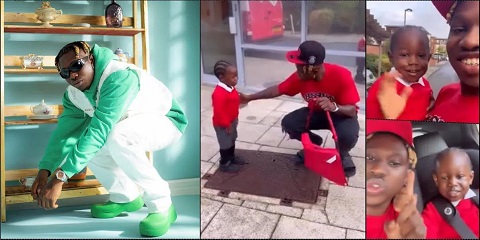 Nigerian star singer, Zlatan Ibile has warmed the hearts of many of his fans after sharing an adorable video with his son in the United Kingdom.
The trending video shows the singer bonding with his dear son, Shiloh Toluwalase.
Recall that the 27-year-old singer had the baby boy in 2020 with his UK-based-based partner, Davita.
The relationship has since blossomed as the two now have a beautiful family.
In a recent video making rounds on social media, the duo engaged in a game of numbers while driving out as a family.
Watch the video below:
By makarella - September 08, 2022