The Area controller of the command Comptroller Mohammed Jobi made this known to journalists during a briefing in his command in Lagos. 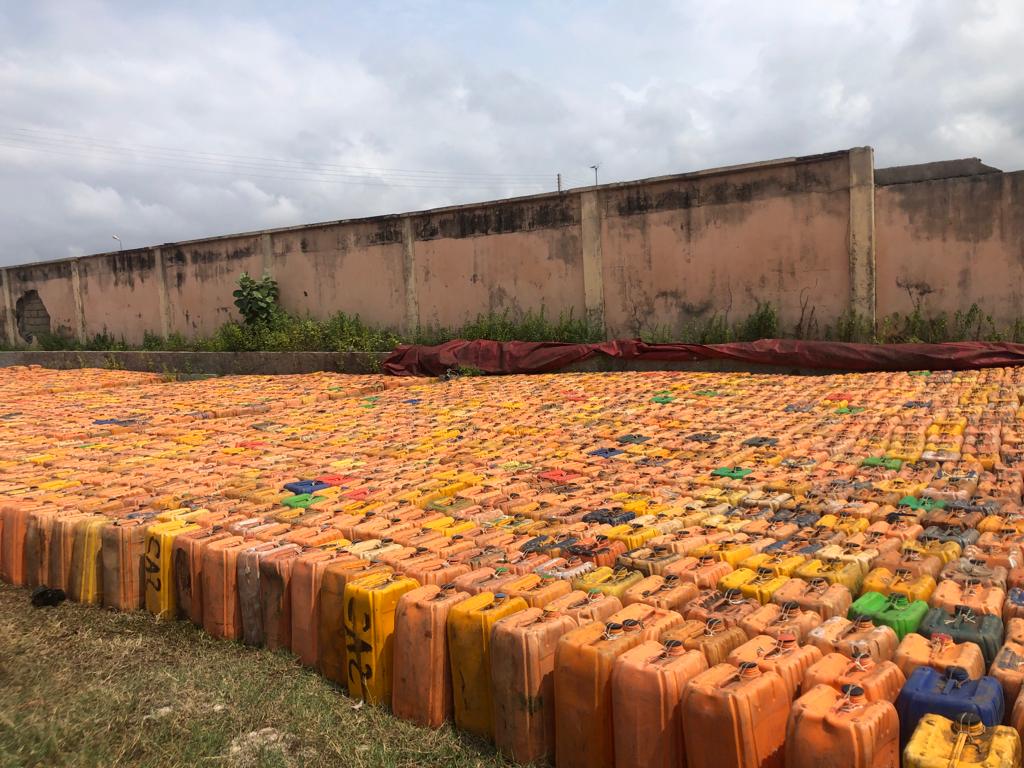 3,998 containers of Premium Motor Spirit (PMS) equivalent to 119, 940 litres have been intercepted by the Nigeria customs service Seme Area command.

The containers were intercepted along Badagry waterways from smugglers who intended to take the subsidies product for Nigerian citizens out of the country.

The Area controller of the command Comptroller Mohammed Jobi made this known to journalists during a briefing in his command in Lagos.

He said the PMS with a Duty Paid Value (DPV) of N28.9million was intercepted following credible intelligence on the activities of smugglers.

“In the late hours of Monday 15 August 2022, the Command received a tip-off of intelligence that there were large quantities of petroleum product (PMS) stockpiled close to a beach along Badagry waterways intended to be smuggled out of the country.

“Our men stormed the location and the product was successfully evacuated to the Command premises in Seme Border.

“The findings revealed 3,998 Jerry cans of PMS in 30 litres each, equivalent 119, 940 litres of PMS about four tanker loads of thirty-three thousand 33000 litres each were discovered. “The seized petroleum product has a Duty Paid Value DPV of N28.9 million,”

Jobi, however, reiterated the commitment of his officers to continue making smuggling unattractive while noting that the economic saboteurs will be frustrated until smuggling is suppressed to the barest minimum level.

He also used the medium to call on fellow Nigerians to provide useful information that could help to curtail the illegal activities of unscrupulous elements.

He applauded his officers for the high level of discipline, patriotism and professionalism exhibited in the discharge of their duty and urged them to keep making the Command and service proud.

The Customs boss also acknowledged and appreciated the support and cooperation enjoyed from the host communities and security agencies without which he said the Command couldn’t have achieved the great feat.