Sylvester Oromoni: Kemi Olunloyo Is A Co-conspirator And Has A Lot To Explain - Chioma Ifemeludike

According to Chioma, the self-acclaimed professional journalist must provide pragmatic and verifiable evidence. 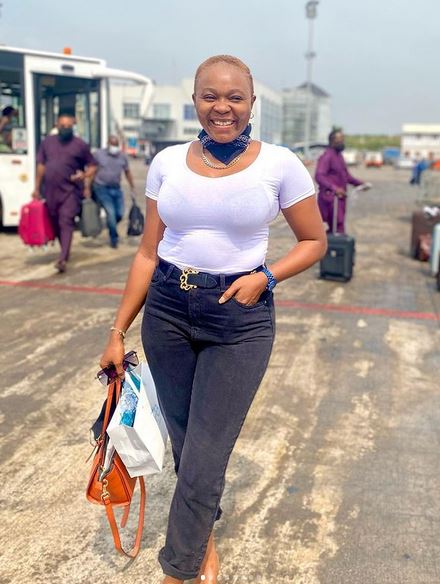 Nollywood actress, Chioma Ifemeludike has reacted after Tonto Dikeh urged Nigerians to ignore Kemi Olunloyo’s reckless statement on the death of Sylvester Oromoni and focus on helping his family get justice.

The controversial actress in an Instagram post on Tuesday said that making excuses for the bad behaviour of celebrities only make them worse.

“This is the sentiment that got us where we are as a people, always making excuses for the wrong people at strategic positions. To come up with such accusations, as a self-acclaimed professional journalist she must provide pragmatic and verifiable evidence.

“People must understand that there are consequences in everything we do or say, yes we don’t have to throw stones at every dog we see on our way but we have to clamp down on the ones that won’t let us move in peace… She is not a distraction, she is a co-conspirator. She has a lot to explain, as cultism consultant,” she wrote. 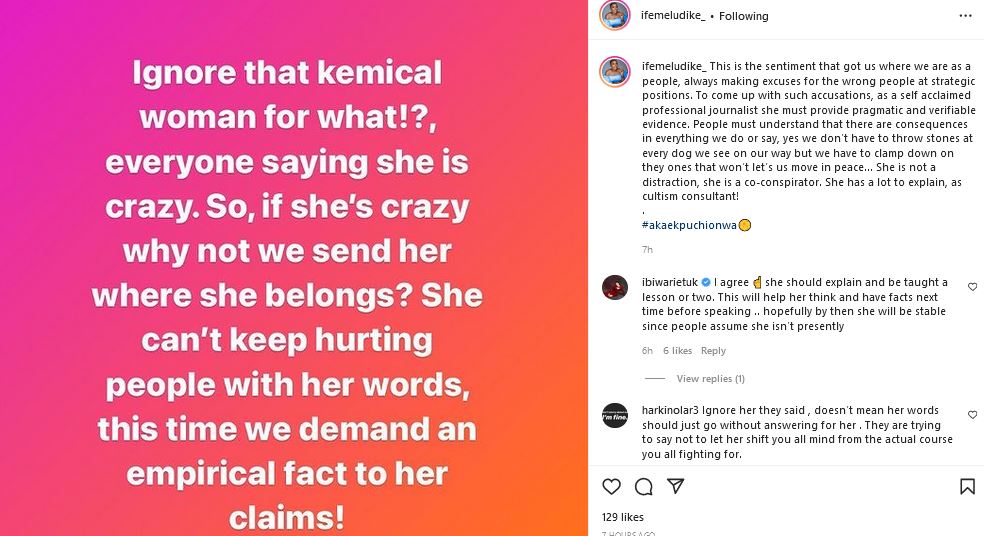 Tonto had on Monday urged Nigerians to ignore Kemi’s statement on Sylvester’s death.

“Every time we come out to fight for a cause, attentions are divided, fights break out. It turns into a war please go back to the drawing board and fight for justice for what is hurting us. Why are we fighting, If someone said something that is wrong, ignore her, Its, not every dog that barks that you throw stones at, we should be speaking to the lawyers rather coming online to fight. We fighting ourselves over what someone said about the boy is taking away the focus, just ignore her do not let someone put words in your mouth.

“I am not here in support of Kemi I don’t care about her but I don’t have to have an opinion, I distance myself from people that are not worthy to be around. This is not me defending her No, I would never in my life do that, This is just to bring our attention back. So don’t think I’m here scared of Kemi I am just saying let’s not digress from the issue,” she said on Instagram.