He was remanded for allegedly collecting salaries for 18 years with a phantom doctorate certificate. 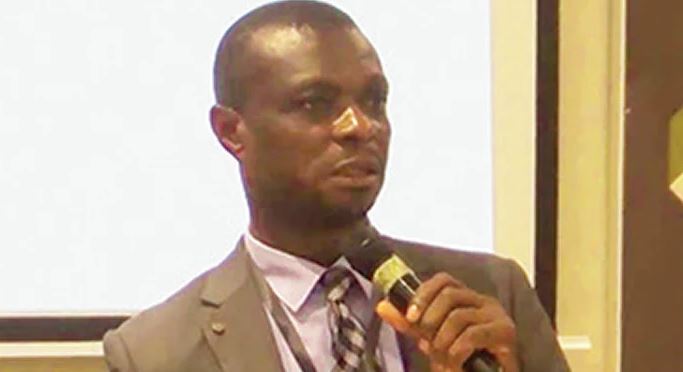 An Ex- Director-General of the Federal Institute of Industrial Research Oshodi, Chima Igwe, has been remanded in a custodial centre by Justice Sherifat Solebo of an Ikeja Special Offences Court for alleged certificate fraud.

We had reported that The Independent Corrupt Practices and other related offences Commission would arraign a former Director-General of the Federal Institute of Industrial Research Oshodi, Chima Igwe, on Friday (today) for allegedly collecting salaries for 18 years with a phantom doctorate certificate.

The arraignment borders on “use of false/fake PhD certificate and using office to confer corrupt/unfair advantage.”

The crisis at FIIRO started after the immediate past DG of the institute, Prof. Gloria Elemo, left office in April 2019.

Igwe’s appointment as acting DG was opposed by the governing board after the PhD with which he gained promotions for over 18 years became a subject of investigation by the ICPC.

The Minister of Science, Technology and Innovation, Dr Ogbonnaya Onu, however, overruled the board, insisting that he should be the acting DG.

After investigations, the ICPC confirmed that the doctorate, which he claimed he obtained at the Universite D’Abomey Calavi, Benin Republic, in 2001, was non-existent, he was removed.

He was also demoted to the position he held more than 18 years ago.

That decision pitted the board against the minister, who began moves to reinstate Igwe, including writing President Muhammadu Buhari to confirm him as substantive DG.

The minister also had face-offs with the then board Chairman, Alhaji Ibrahim Gwarzo, who insisted that Igwe deserved prosecution and not reinstatement for the alleged fraud.

The President, in a letter dated September 7, 2021, rejected Onu’s request to confirm Igwe and ordered the ICPC to prosecute him for “giving false information to his employers”.

The minister later dissolved the FIIRO board and others, saying they had served out their tenure.