A former member of the House of Representatives, Mr Yemi Arokodare has been named the Director General, Segun Oni Campaign Organization. 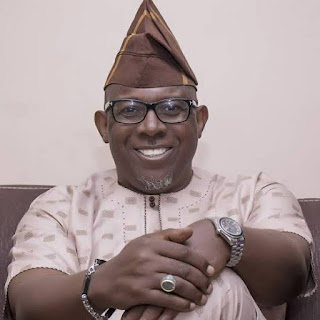 A former member of the House of Representatives, Mr Yemi Arokodare has been named the Director General, Segun Oni Campaign Organization.

Also a former Commissioner for information in Ekiti State, Mr Lanre Ogunsuyi was also announced as the Director of Publicity.

Making the announcement at the PDP Family House in Ado Ekiti, a Former Governor of Ekiti State, Chief Segun Oni expressed the believe that the political expertise of the former lawmaker and commissioner coupled with their experience would spur the team into achieving success in the coming election.

In his acceptance speech, the Director General, Mr Yemi Arokodare thanked Chief Segun Oni for considering him to lead his campaign train for the 2022 governorship election in the state.

He expressed his readiness to work with other Directors in the campaign organization and run an all inclusive leadership style.

The former Commissioner in the Public Complaint Commission called on members of PDP, leaders and stakeholders to work and ensure that PDP produce the next governor in the state