SaharaReporters’ correspondent, who took the Abuja-Kaduna train on Monday, gathered at the stations that “black market” tickets are now more commonly sold for at least double the official price. 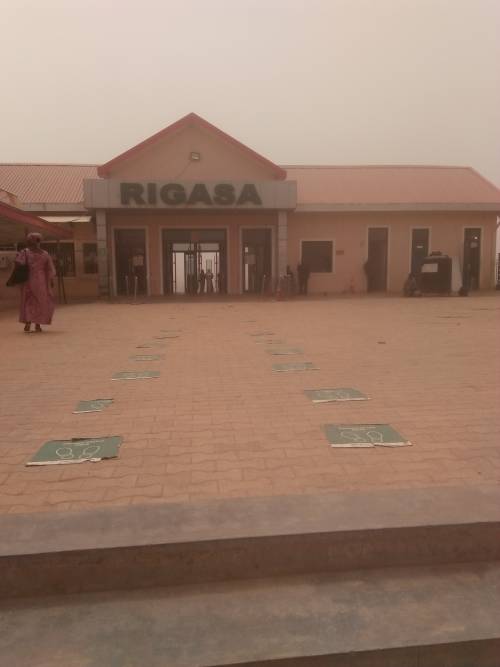 An exclusive report by SaharaReporters has revealed that a syndicate of corrupt Nigerian Railway Corporation officials at the Kubwa and Idu train stations in the Federal Capital Territory, Abuja, as well as at the Rigasa Train Station, Kaduna State, is currently defrauding Nigerians in the sale of train tickets.

SaharaReporters’ correspondent, who took the Abuja-Kaduna train on Monday, gathered at the stations that “black market” tickets are now more commonly sold for at least double the official price, so passengers now pay double for the official ticket prices.

By 2pm when SaharaReporters’ correspondent got to the Rigasa Train Station in Kaduna State, he and a crowd of other passengers were worried when they were told that the Abuja tickets for the day had been exhausted.

“You can’t find tickets again. They are finished. Come tomorrow,” one of the security officials yelled. 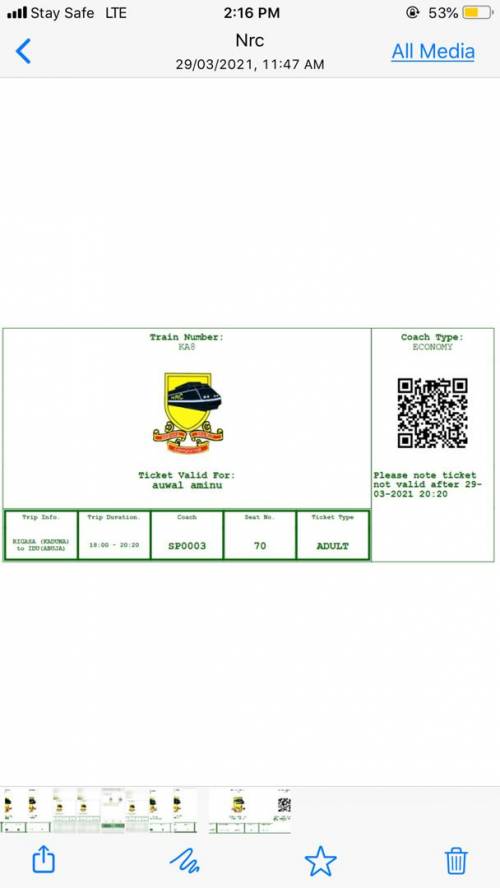 One of the black market tickets sold to SaharaReporters

The ticketing unit which should sell to passengers had already closed for the day by 2pm; the ticketing officers were nowhere to be found, and anxious passengers were stranded at the station.

In the midst of the drama, an official muttered silently to two of the passengers, “Don’t worry. You will see a ticket to buy. There is black market ticket. Let’s go to the lounge over there.”

SaharaReporters got to the lounge too, and there, the two anxious passengers paid N18,000 for three tickets – what should have ordinarily cost N9000 at N3000 each.

They were issued tickets from the online portal but some other persons’ names, rather than the names of the passengers, were on the tickets.

To be sure, SaharaReporters’ correspondent also accosted the syndicate to buy the ticket through the “black market” as the ticketing unit had closed for the day and passengers were already at the mercy of dubious ticket merchants. 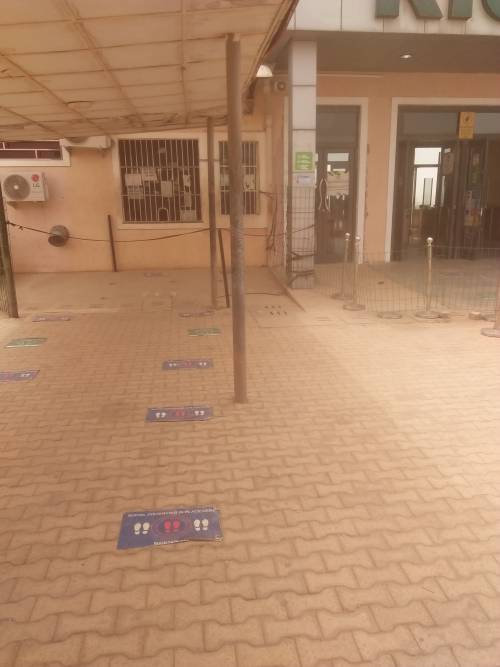 And so, after the payment of N6,000 – double the official N3,000 price– the ticket emerged and was sent to his phone with yet another strange name – Auwal Aminu.

At the Rigasa Train Station, passengers on Monday continued to troop to the station for the 6pm train schedule but they were all forced to buy through the “black market” except for those who had already booked the NRC ticket online.

SaharaReporters observed that more than 50 persons were swindled on Monday alone, forced to pay double for the trip, which is officially N3,000 for the Economy class.

Finally on the train, SaharaReporters observed several empty spaces in the Economy class and wondered why the tickets were not sold to passengers and said to have been exhausted as early as 2pm.

“You don’t have to be surprised. That is the way the officials make their money here. If they allow you to buy from the ticketing unit so easily, they have nothing to take home. But all of them know how much they share every day. It is a sweet game of corruption,” a source told SaharaReporters.

Earlier on Monday by 7am when SaharaReporters’ correspondent got to the Kubwa Train Station, the same scenario played out in the FCT, although the officials had a more subtle approach. 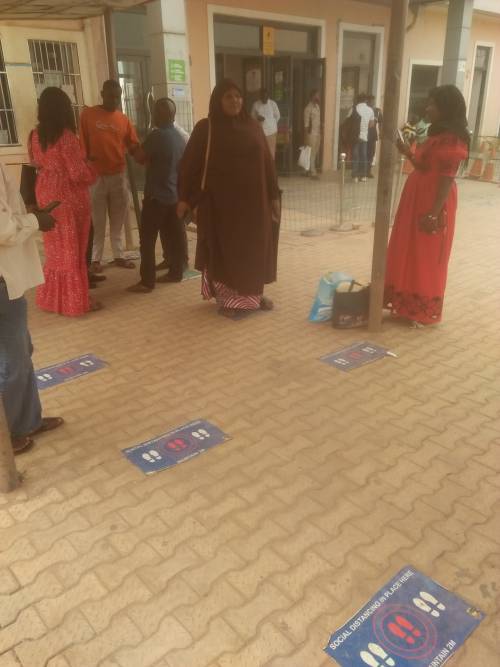 One of the syndicates (In Orange) negotiating with anxious passengers

SaharaReporters’ correspondent and a crowd of other passengers were told as early as 7am that the Economy ticket, which goes for N3,000, were no more available.

The NRC ticketing officials, who stopped selling Economy tickets to passengers, were queried on how the tickets got finished so early, but they could not provide any satisfactory answer other than “tickets have been sold out.”

SaharaReporters then accosted one of the security officials – a policeman at the station who seems to be familiar with the “deal” and he explained the situation better.

“The officials want you to pay for First Class which is N6,000. So, go and buy First Class. On the train, there are still spaces for Economy tickets but the officials don’t want to sell Economy again because they cannot make money from it. It is better for them to sell First Class to you and they can record it as Economy,” he explained.

Truly when our correspondent got on the train, the Economy coaches had several free seats, and despite the observance of COVID-19 social distancing protocols, the spaces could still take far more than the tickets that were sold.

“They don’t care about COVID-19. They care about their pockets. It is a subtle avenue for them to make money when you pay N6,000 for First Class. We hope that the NRC management and the government would do something about these corrupt officials that are ripping off Nigerians daily,” a passenger, James Dachung, said.