Following the denial of the Lekki shooting by the US, photos of Governor Sanwo-Olu visiting the same victims of the incident have surfaced. 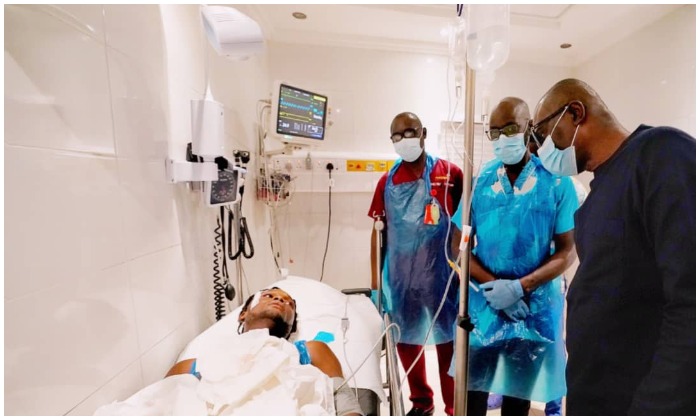 Sanwo-Olu visits victims of Lekki shooting in Lagos
Photos showing Lagos State Governor, Babajide Sanwo-Olu at different hospitals where he visited victims of Lekki shootings have resurfaced after the US Department of States denied such a thing happened.
The Governor visisted victims of Lekki shootings at different hospitals on Lagos Island on the night of October 20, 2020.
The US department in a report tagged ‘2020 Country Reports on Human Rights Practices: Nigeria’ said claims by global human rights bodies like Amnesty International that soldiers killed protesters were unverified though the Lagos State Government “reported two deaths connected to the event. One body from the toll gate showed signs of blunt force trauma. A second body from another location in Lagos State had bullet wounds.”
But pro-government campaigners have since taken the US Report as an exoneration that soldiers of the Nigerian Army didn’t shoot protesters at the Lekki toll gate. The pro-government advocates have also dragged #EndSARS protesters and eyewitnesses like popular disc jockey, Obianuju Catherine Udeh, fondly referred to as DJ Switch, who claimed soldiers shot protesters at the toll gate.
The hashtag #LekkiLies has also been trending on Twitter with many condemning the violence and destruction of lives and properties that trailed the Lekki shootings.
However, Rinu Oduala, a former youth representative on the Lagos State Judicial Panel of Inquiry probing alleged killing of #EndSARS protesters by soldiers at the Lekki toll gate last October, has since slammed the pro-government campaigners, saying the US Report did not in any way absolved the soldiers of the allegations leveled against them.
The activist also re-tweeted the governor’s tweet where he was pictured visiting wounded #EndSARS protesters in hospitals on the night of October 20, 2020.
Sanwo-Olu had visited the victims alongside his deputy, Obafemi Hamzat; and other government officials.
The governor had said, “I’ve just concluded visits to hospitals with victims of this unfortunate shooting incident at Lekki.
“It has taken me this long to make a statement because I have to prioritize the welfare of the victims of this very sad incident.
“There are currently 10 patients at the Gen Hospital, 11 at Reddington and 4 at Vedic; with mild to moderate levels of injuries while 2 are receiving intensive medical care. 3 patients have been discharged & we will continue to monitor and ensure all patients get the best care.”
Meanwhile, the Justice Doris Okuwobi-led panel is still sitting and probing the alleged killing of #EndSARS protesters by soldiers at the Lekki toll gate. 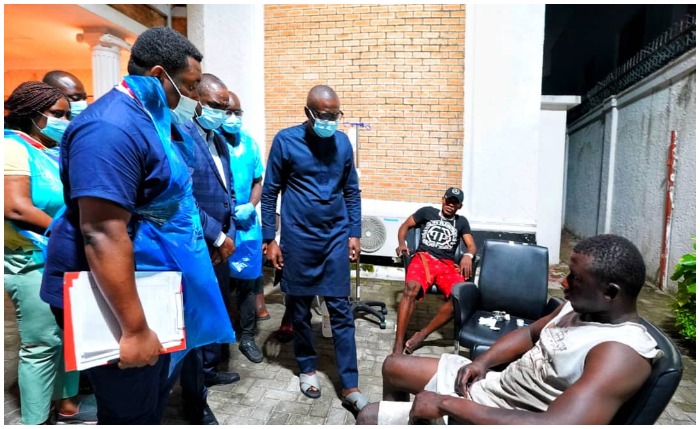