He also alleged that Tinubu had failed to ask for restraint and wasn't active in quelling the tribal crisis in the South West region. 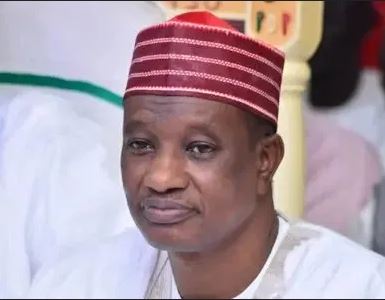 Comrade Aminu Abdussalam Gwarzo, a chieftain of the Peoples Democratic Party (PDP) in Kano has accused Bola Tinubu, a National leader of the APC of organizing a colloquium in Kano on Monday, March 29 for his political interest and not for national unity as he claims.

Gwarzo described it as a political move ahead of the 2023 election. He also alleged that Tinubu had failed to ask for restraint and wasn't active in quelling the tribal crisis in the South West region.

“It (colloquium in Kano) has nothing to do with national cohesion and unity. When people were asked to stand up to be counted, he wasn’t there. So many things happened recently with the most recent one being the barbaric violence that erupted in Shasa, Ibadan. Being a political leader of the South West, at least as far as APC is concerned, Tinubu should have asked for restraint and seen to be active in trying to quell the looming crisis.

“As someone who is aspiring to be president of this country, Tinubu should have risen to that occasion and talked positively. You don’t just come and hold your colloquium here (Kano) and think that will be a panacea for national unity.

“As far as I am concerned, it is purely a political move, more about 2023. The APC government has failed and Tinubu is not saying anything. So many lives are being lost on a daily basis, not only in the South West.”