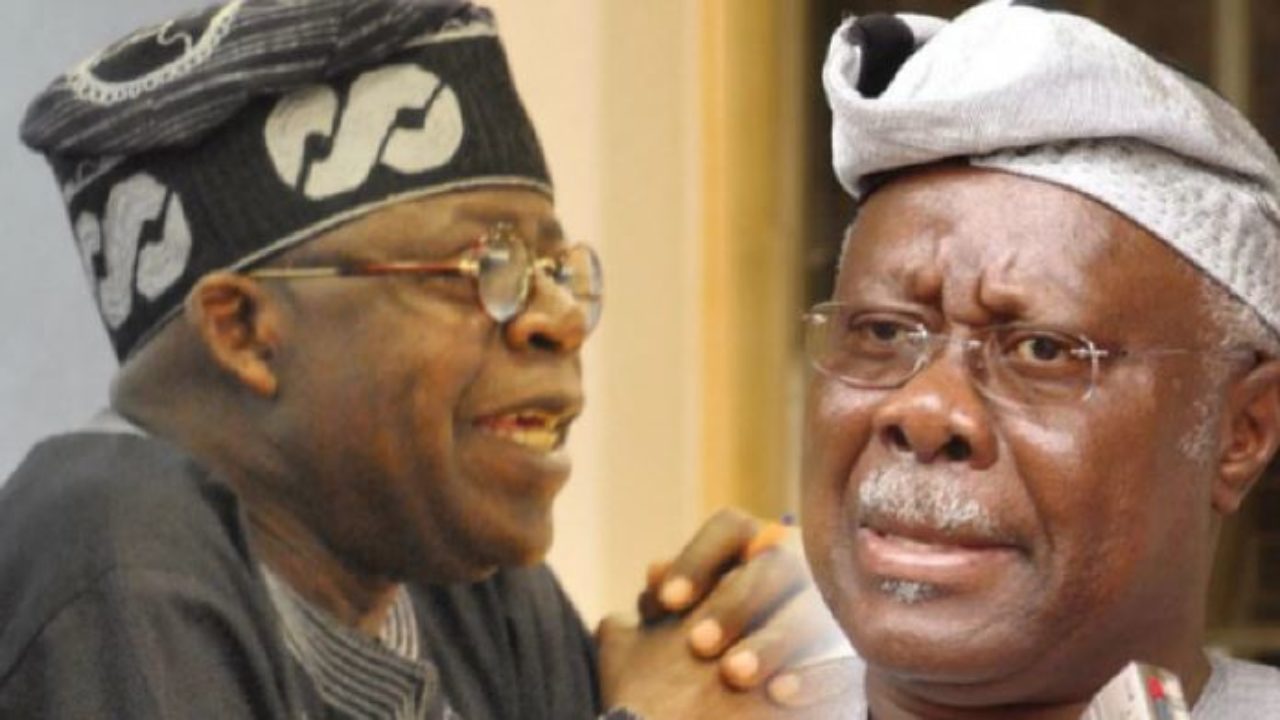 Chief Bode George, a chieftain of the Peoples Democratic Party in Lagos State has lambasted Former governor of Lagos state and APC National leader of the All Progressive Congress, Bola Tinubu.

George claimed that the affairs of Lagos State started going in the wrong direction since Tinubu took control of the state in 1999.

He claimed that all the beautiful legacies left by Tinubu’s predecessors, such as the late Alhaji Lateef Jakance, the late Mobolaji John and Buba Marwa , had been eroded.

George said this in an exclusive interview with Sunday Punch on Saturday to counter a comment made by Tinubu on Friday that the ship of Lagos was going adrift between 2017 and 2018, a period when ex-Governor Akinwunmi Ambode was in charge of the state.

Tinubu, who was speaking in Lagos during the inauguration of the 1.4 kilometre-long Agege-Pen Cinema Bridge, had commended Babajide Sanwo-Olu, who succeeded Ambode.

But speaking on Saturday, George said Tinubu was the one who drove the state in the wrong direction, vowing that he would not stop tackling him.

George said, “The ship of Lagos has been going in the wrong direction since he (Tinubu) ascended the throne of Lagos.

“Right from the days of Brigadier Mobolaji Johnson, Lateef Jakande, Buba Marwa, and all those who have ruled Lagos, people still talk of their legacies. But the ship of Lagos started going in the wrong direction when he (Tinubu) ascended the throne.

“I stand by all that I have said about him. I don’t have anything personal against him but against his policies. His daughter is the Iyaloja of Lagos, his son is the only one that has adverts all over the city and his wife is the one representing Lagos Central in the Senate. O to ge (Enough is enough)!

“We met very encouraging things when we were growing up but today where are they? No scholarship for students, no help for the masses. I don’t have anything against Tinubu but his policies. If he were in Osun State, I wouldn’t have been concerned but as a Lagosian, Tinubu is too important to be left alone and that is why I will continue speaking against his policies.”
By ABEE - March 07, 2021