Boy, 11, is tied to ceiling fan at high speed and brutally tortured with hot iron and nails after being falsely accused of stealing a phone (graphic video) 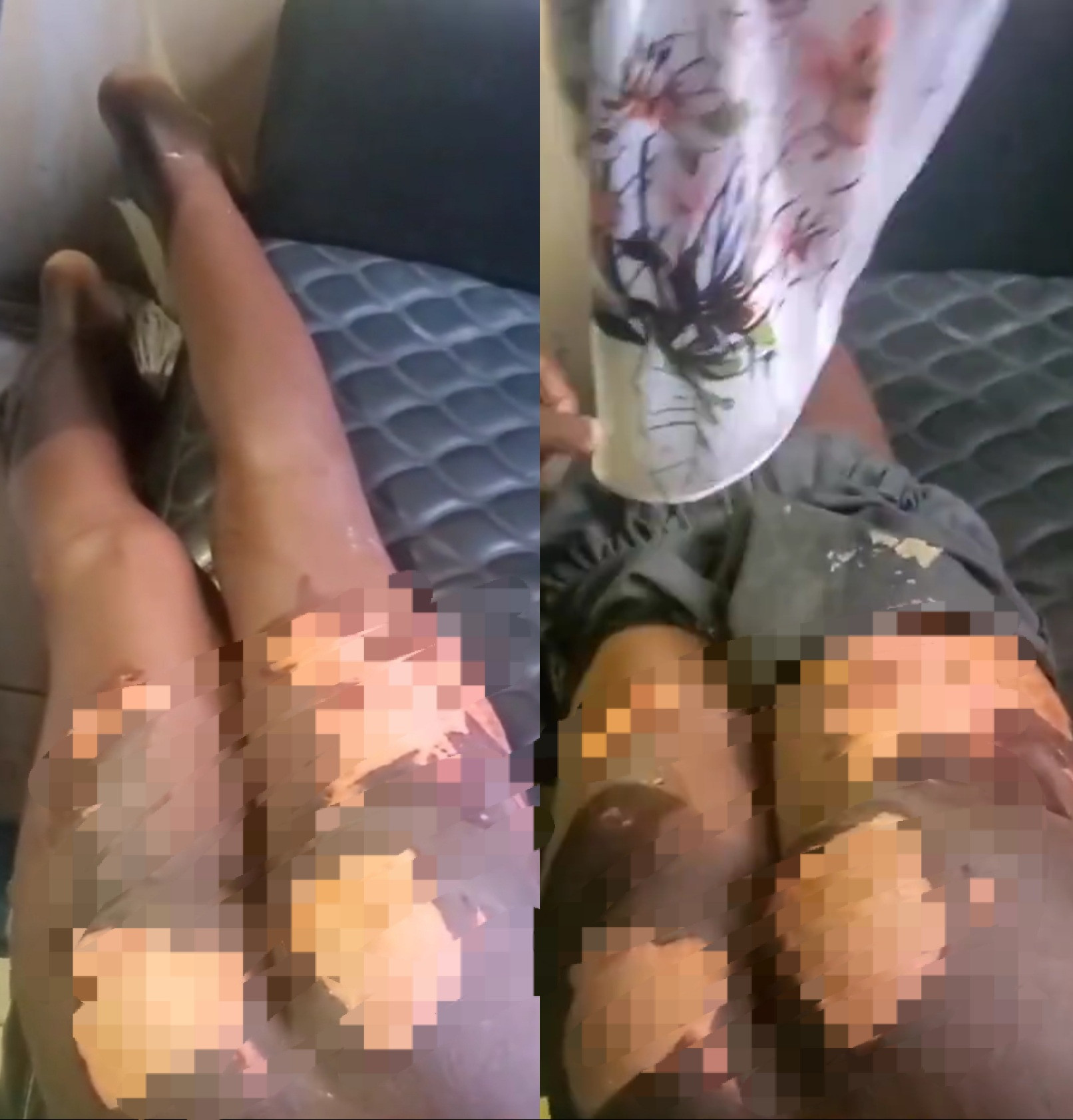 The extreme torture of an 11-year-old boy falsely accused of stealing a phone has angered viewers after the video was shared online.

The boy was tied to a moving fan at top speed and dragged across the room, according to Nigerian Medical doctor and humanitarian, Yolanda George-David who shared footage of the aftermath. When the boy vomited blood and fainted from the ordeal, a hot iron was used to resuscitate him and the torture continued.

They also hammered nails to his legs and cut him with blades multiple times.

In the video, the boy is seen whimpering in pain as they attempted to remove his trousers. The fabric stuck to the wound on his skin and had to be peeled from his skin.

Footage of his naked body shows how badly the skin on his butt and thighs has peeled. His ankle, where he was tied and suspended from the fan, is also badly bruised as seen in the video. 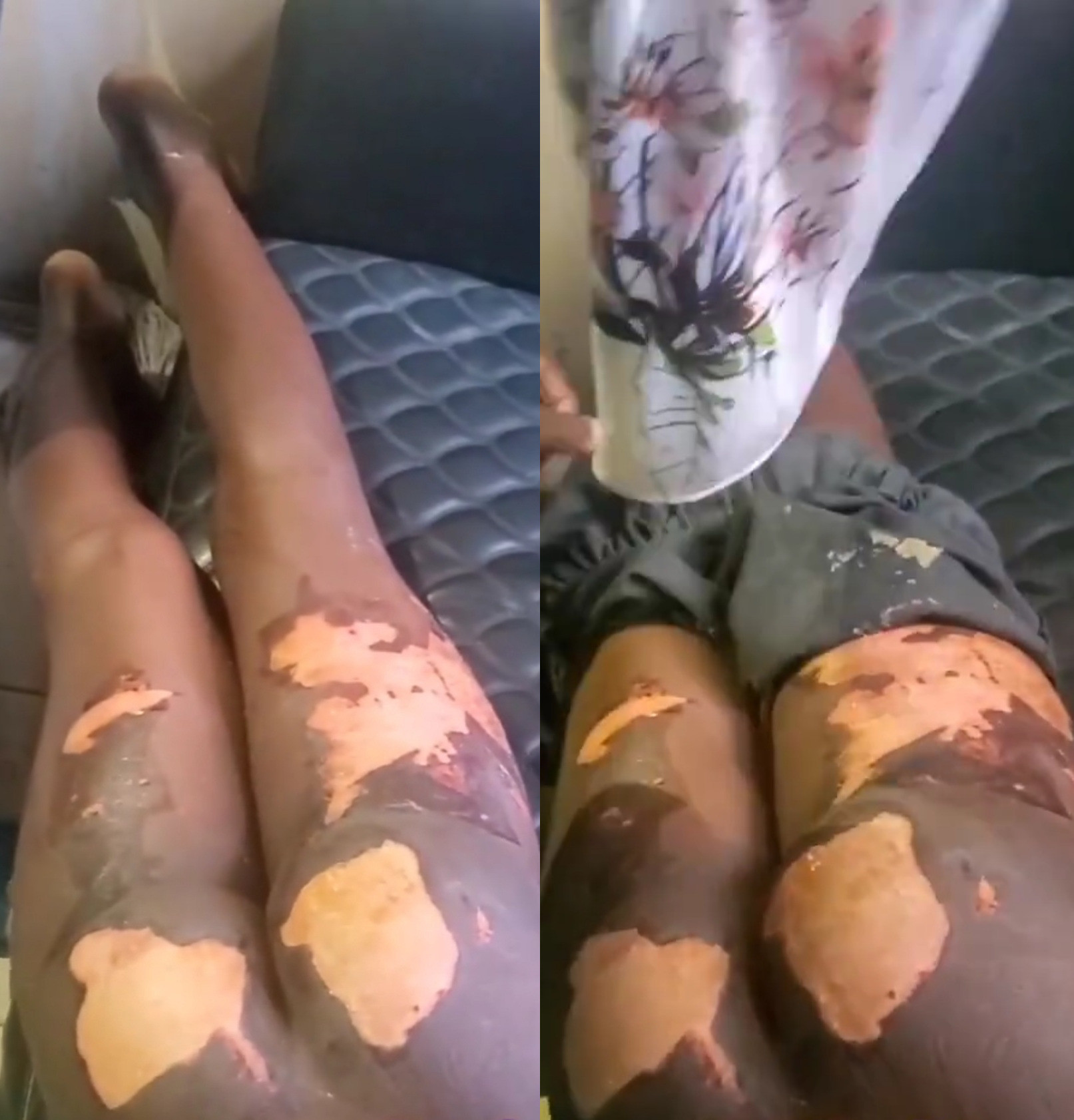 The boy insisted he didn't steal the phone, yet he was tortured.

At the hospital, he couldn't sit, due to the sore on his backside. He had to kneel until he was given a bed. 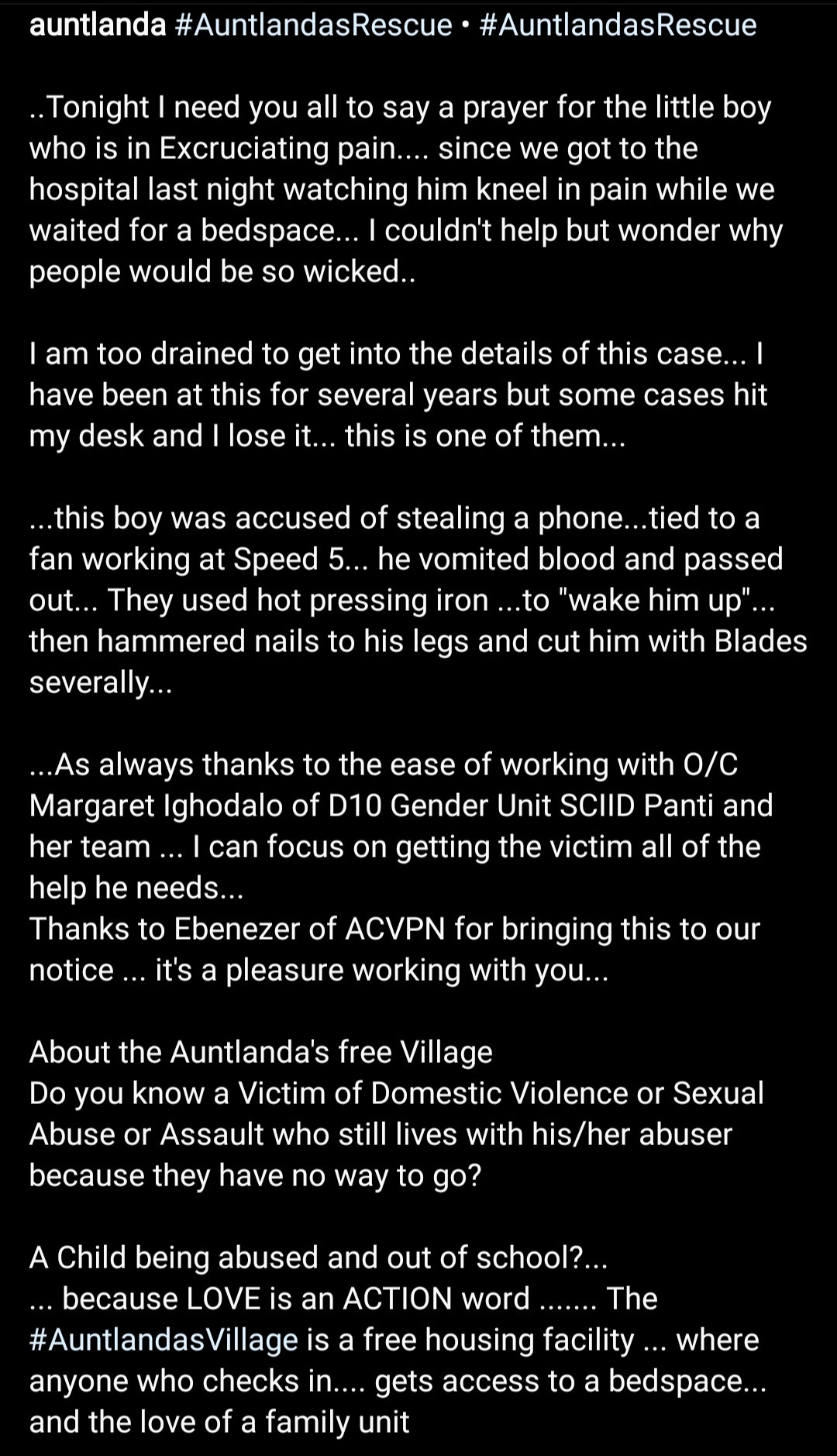 Watch the video showing the bruises inflicted on the boy below.