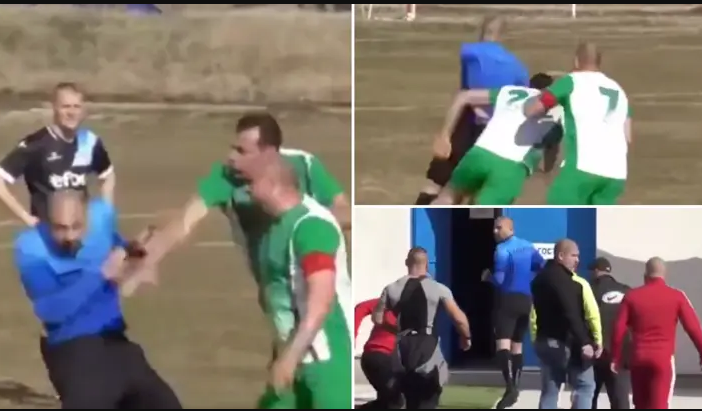 A match in the fourth tier of Bulgarian football had to be abandoned after 21 minutes due to the referee being chased from the pitch by players and other match officials.

In the video, which has gone viral, the referee can be seen getting ready to book a player who begins to approach him. Another player, who looks to be the captain then tries to snatch the card away in an aggressive manner.

The referee was then seen running for his life, as the player, who he had wanted to give a yellow card tried to attack him. When the referee made it to the touchline, he turned back and blows for the full-time whistle, cancelling the game before running to the car park.

Watch the video below.