Rimo had gone to give his daughter some food at the hotel located in Sabon Gari when people sighted him and thought he was visiting his lover. 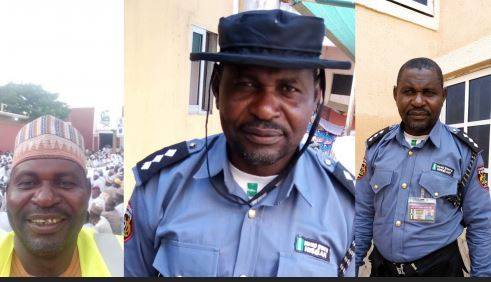 According to a report by SaharaReporters, Sani Rimo, a senior Hisbah officer, who was recently arrested by officers of the Kano State police command, has been freed of allegations levelled against him.

Rimo was arrested after he was allegedly caught with a married woman in a hotel.

The matter became public when it featured on Freedom Radio's popular magazine programme “Inda Ranka”. It was stated that Rimo was arrested in the Sabon Gari area of the city.

Several reactions from different parts of the country trailed the news.

Kano's Hisbah Commander, Muhammed Haruna, had described the incident as unfortunate, adding that a two-man committee had been set up to investigate the matter.

But when contacted by SaharaReporters on Tuesday, Hisbah's communications officer, Nabahani Usman, said the matter had been fully investigated by the police, and the officer was found innocent.

According to him, the said married woman in question is Rimo's daughter.

Rimo had gone to give his daughter some food at the hotel located in Sabon Gari when people sighted him and thought he was visiting his lover.

Usman said, “The latest update on the case is that it was transferred to the police, fully investigated by the police and the outcome of their investigation is that the man is innocent of all the charges; the allegations were false. The lady is a daughter to him, there is a marital issue between the woman and her husband's family so they had to lodge her in a hotel pending the time they would resolve the matter.

“They didn't even allow her family to reach out to her but her father got to know about it and was taking food to her in the hotel. When people saw that a Hisbah official was going to the hotel, they started shouting that a Hisbah officer had gone to meet a married woman in the hotel and all that, without even knowing she is his daughter.

“The man right now is devastated, he has filed a petition against Freedom Radio through his solicitors. They will have to pay N10 million in damages and he said they would have to retract the publication and offer a public apology to him. He might go after other media houses though but we are not sure yet.”

Hisbah officers regularly arrest unmarried people caught in hotels, presumably for sexual activities, as part of their enforcement of the Sharia.

Established to enforce Sharia law, Hisbah recently banned stylish haircuts, sagging of trousers, playing of music at social events by disk jockeys and seized tricycles from riders for adorning them with pictures considered to be obscene and against the tenents of Islam in some states.

For instance, Kano Hisbah recently arrested and detained a barber for allegedly giving his customers haircuts considered to be offensive to Islam.
Hisbah also banned commercial motorcyclists and tricycle riders from carrying two women at a time.

This was in addition to other unusual directives reeled out by the Islamic police.