If you kill Ortom, be prepared to bury Nigeria - Wike warns 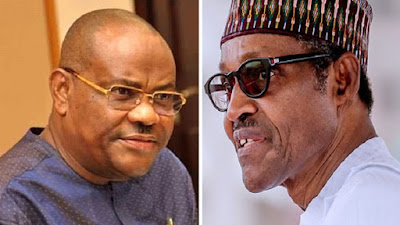 Governor Nyesom Wike has said that president Muhammadu Buhari would be held accountable and Nigeria would cease to exist if his Benue counterpart Samuel Ortom is assassinated.

Mr Wike in reaction to the attacks unleashed on the Benue governor by suspected herdsmen along Makurdi-Gboko Road in the Makurdi Local Government Area on Saturday said that the attempt to kill the governor would cause the country to be buried.

“If you kill Ortom, then be prepared to bury Nigeria. If anything happens to Governor Ortom, the Federal Government will be held responsible and they should be prepared that there will be no more Nigeria,” Wike said.

Mr Wike also through the statement recalled alleged plans to assassinate him during the 2019 elections by Jamil Sarham, then general officer commanding of the Nigerian Army 6 Division in Port-Harcourt.