In the midst of the joyous reverie, the driver of the Lexus car lost control and ran into the stationary Caterpillar which led to their death. 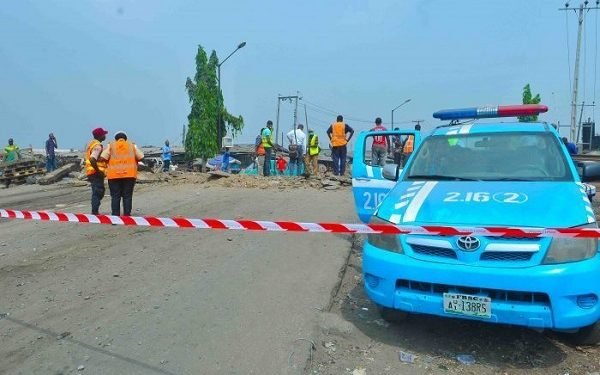 As many as five suspected Yahoo boys who are yet to be identified have perished in Dela State.

They reportedy rammed into a stationary heavy duty vehicle with four of the five dying on the spot.

The incident according to a reliable source who pleaded anonymity, said the accident occur at about 4am in the early hours of yesterday at Ekiugbo road along the East/West road, Ughelli North local area of Delta state.

According to the source, the Lexus car with registration number KWL 365 BH Abuja said to be purchased two days earlier and in which the victims was returning from night club when the incident happened.

The source had explained that while the suspected Yahoo boys were returning from night club, both friends in their different cars decided to paly stunt in order to ascertain who among the lots had the fastest car.

In the midst of the joyous reverie, the driver of the Lexus car lost control and ran into the stationary Caterpillar which led to their death.

The deceased were said to have been forcefully removed from the car with the help of vigilante team who came with axes and later deposited the corpses in an undisclosed hospital in Ughelli.