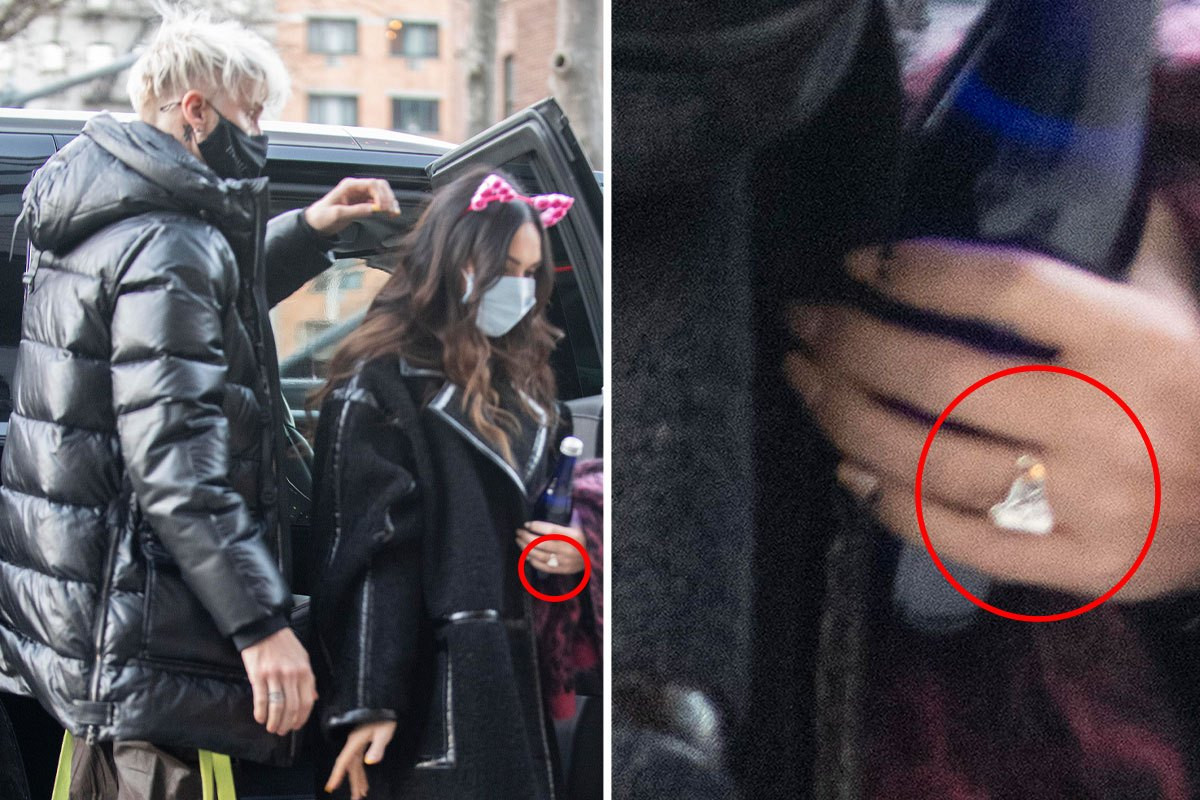 On Thursday, the couple were pictured arriving together at Rockefeller Center where MGK was rehearing, and Megan was wearing a massive diamond ring on her fourth finger prompting rumors he may have popped the question.

Megan Fox, 34, and Machine Gun Kelly, 30, have been going strong since their relationship went public in November 2020, just after the Transformer actress divorced her husband Brian Austin Green after a decade of marriage. 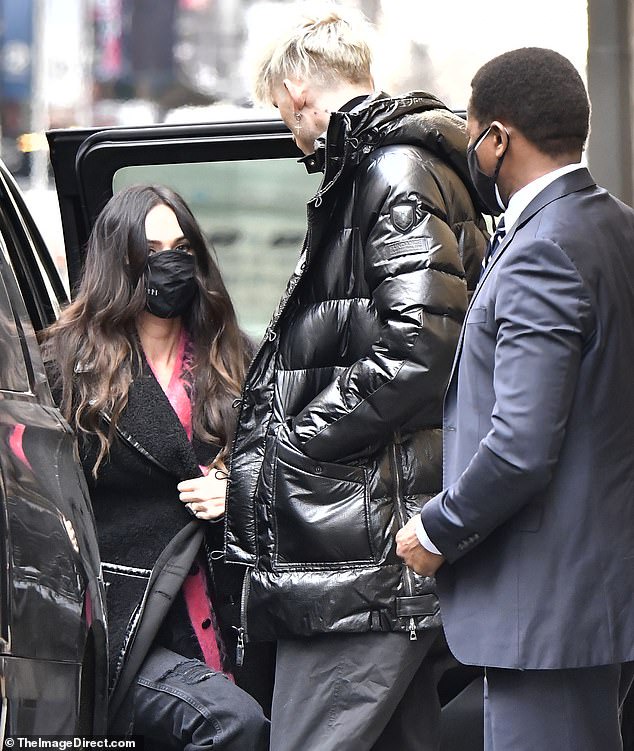 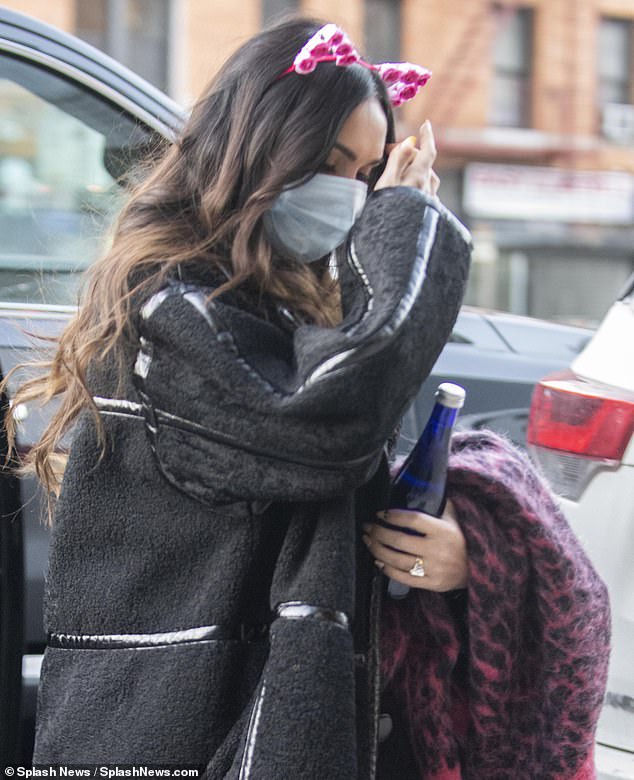 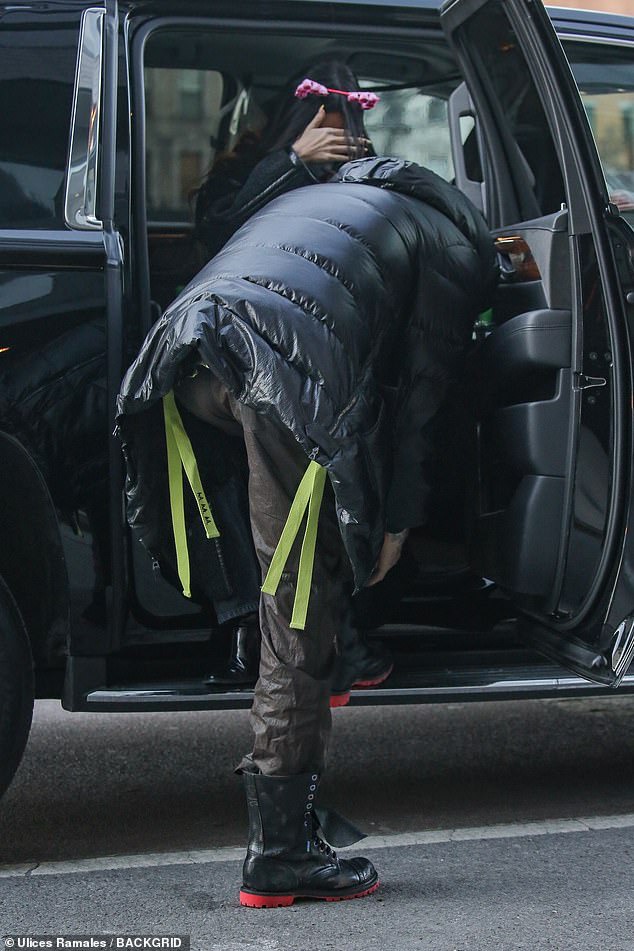 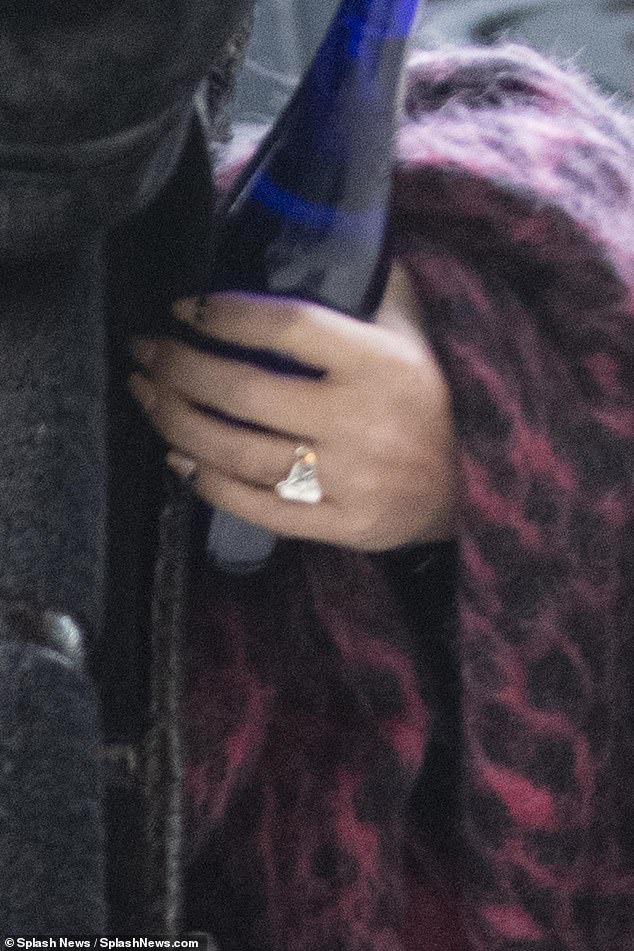 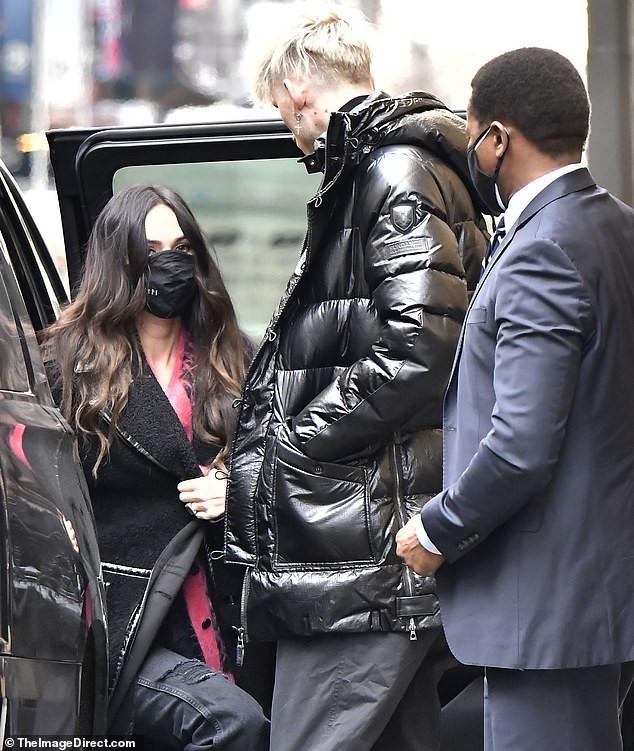