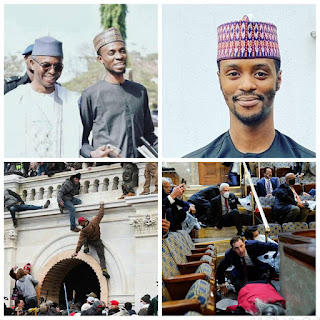 Recall that CNN, Arise TV and Channels carried out an in-depth investigation into the gunshot incident at the Lekki tollgate on October 20.

Reacting to the Capitol Hill invasion, Bello on his Twitter handle asked CNN to focus on its house before worrying about the issues in their neighbor's own

''Dear @CNN. Karma? Focus on your house before worrying about the issues of your neighbors.'' he tweeted

Bashir on his part wrote

''4 were massacred at the U.S Capitol. @channelstv & @ARISEtv

need to conduct an in-depth investigation. Who gave the order?'' 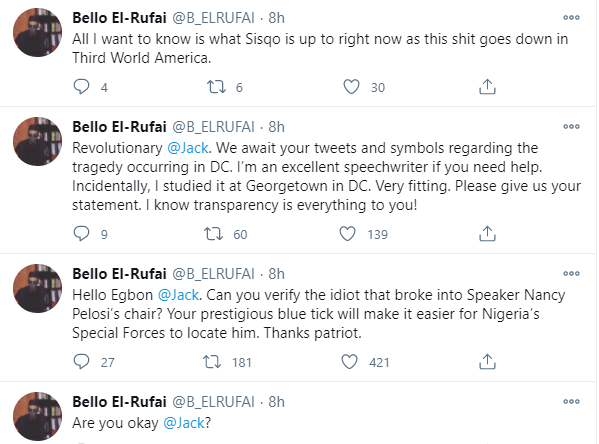 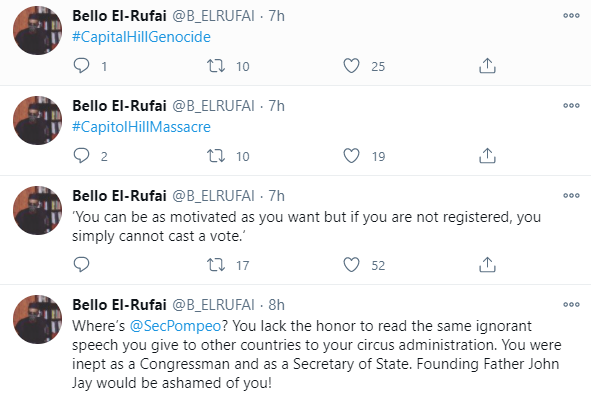 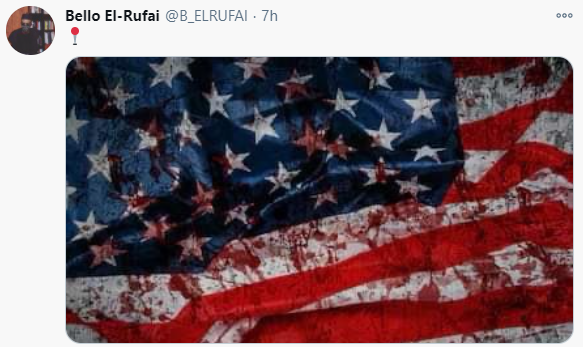