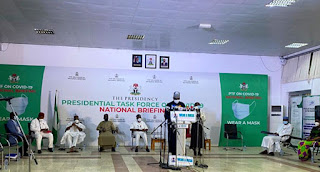 TheFederal Government has published the passport numbers of 100 travelers, who failed to undergo the mandatory COVID19 test after their return to Nigeria.

The Presidential Task Force on COVID19 on December 24, announced that travelers who refused to undergo the mandatory COVID19 test after returning to the country would have their passports suspended.

True to the threat, the Presidential Task Force on COVID-19 today, January 2, announced the suspension of the passports.

“Based on Presidental authority, travel restrictions are placed on the following passports due to non-compliance to the mandatory Day 7 post-arrival COVID-19 test,”  a statement from the PTF read

The taskforce said the restrictions started from January 1, 2021, and would last till June 30, 2021. The PTF also confirmed that the affected passengers have been notified and will be prevented from traveling out of the country during the period. 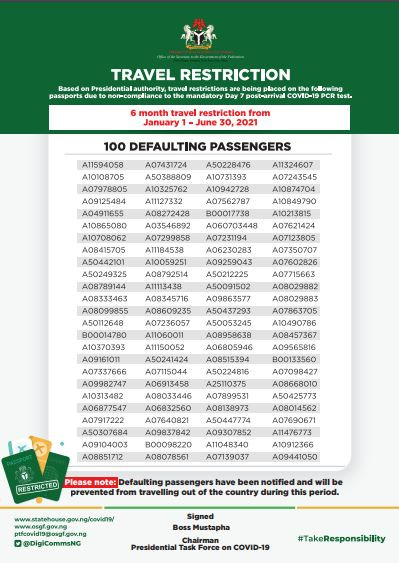