The suspect forged a document bearing the name of Ahmed Musa which he used in defrauding innocent members of the public. 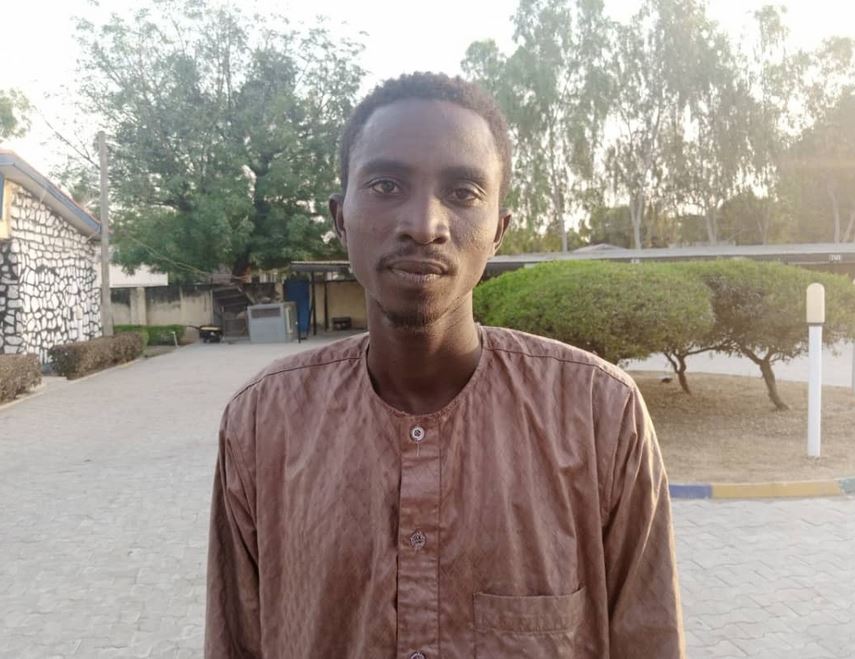 The Police have arrested a 30-year-old man identified as Gambo Yakubu for allegedly impersonating the captain of the Super Eagles, Ahmed Musa and spending the proceeds on his girlfriends.

Kano police spokesperson, DSP Haruna Abdullahi said the suspect forged a document bearing the name of Ahmed Musa which he used in defrauding innocent members of the public.

Yakubu who admitted committing the said offence, said he spent the Seven Hundred Thousand Naira he got from the fraudulent act on hotels and his girlfriends in Sabon Gari area of Kano.

“On March, 25th 2020 around 11.30 pm, a complaint was received from one Musa Muhammad of Hotoro Quarters Kano, Manager of Ahmed Musa Sports Centre Kano, that one Gambo Yakubu of Brigade Quarters Kano, a former worker at the said Sports Centre, was presenting himself as Ahmed Musa and duping people under the guise.

‘’On receipt of this complaint, the Commissioner of Police Kano State Command CP Habu A. Sani, psc raised and directed a team of detectives led by CSP Abdulkarim Abdullahi to arrest the culprit.

‘’On the 20/12/2020, the suspect was arrested and freely confessed to having defrauded more than fifteen innocent citizens by collecting money from them pretending to be Ahmed Musa, selling forms at Five Thousand Naira each to youths who want to play football abroad.

“He collected over Seven Hundred Thousand Naira and spent the money in Hotels and on his girlfriends in the Sabon Gari area of Kano."