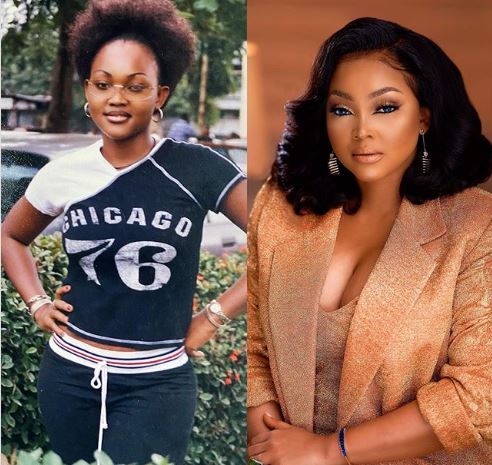 Mercy Aigbe
Nigerian actress, Mercy Aigbe has expressed a desire to be in a relationship after revealing that she's looking for love.
A popular Nigerian actress, Mercy Aigbe has expressed her desire to be loved again.
According to the star, she has not given up on love.
Speaking in an interactive session with her fans on Instagram Live, the Kini Igbeyawo’ producer said, “I have not given up on love and I would never do that. A lot of people ask, ‘Mercy, are you going back to your husband, or remarrying’? The truth is that I don’t even know. I am more focussed on my businesses, raising my children and acting career. Whatever will come after in terms of marriage and relationship, when I get to that bridge, I would cross it. As a filmmaker, I see myself as a sort of preacher because I believe movies are meant to be entertaining and educative.”
Aigbe also stated that marriage is a partnership between two people who are ready to compromise. She said,“Nowadays, marriages are breaking up everywhere and I don’t know why. I only know why I got separated from my husband. However, I would not encourage anyone to stay in an abusive marriage. If a spouse has anger issues, such person should seek help. There is nothing impossible. It is just very disheartening that marriages are breaking.
“These are two people from different homes and backgrounds coming together to live under the same roof as one. Even parents and children have issues. A mother and child relationship is usually considered the closest, yet they still have issues. How much more two people with different belief systems. There is bound to be conflict once in a while; it is how the conflict is managed that matters.”
The actress, however, maintained that any form of violence should not be condoned in marriage. She added, “If violence is involved, I say no, run for your life. Don’t stay there. We fail to understand that some forms of verbal abuse even kill faster than violence. A lot of people are depressed. I am tired of marriages breaking up.  Marriage is all about sacrifices. And, sacrifices are not meant to be pleasant, so both parties should be ready to let go, compromise and reach a common ground. They (couple) should not be proud; neither should the man always boast that he is the head. We all know that men are the head but it is also important to note that women are the ‘neck’. As a virtuous woman, it is only the neck that can balance the head. If the head is slanted, it would not stand. Anywhere the neck wants to go is the same direction the head would go. Women are the neck that supports the head, so there should be mutual understanding.”
By ABEE - December 27, 2020