BBNaija: “Why I Didn’t Use The Duvet With Kiddwaya Was Because There Was C*m Stain On It” – Tolanibaj Reveals

Tolanibaj has revealed why she refused to use the duvet in the Head of House room which she shared with Kiddwaya as the deputy. 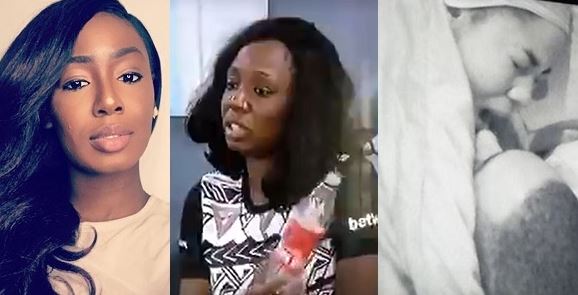 Big Brother Naija housemate Tolanibaj has revealed the reason why she didn’t use the same duvet with Kiddwaya last Sunday.

Tolanibaj last week, refused to use the sheets in the Head of House room which she shared with Kiddwaya as the deputy and viewers wondered why. Many viewers on social media, speculates that Kiddwaya and his love interest Erica meant have gone down under the sheets.

Meanwhile, Erica’s fans are not happy as they blasts Tolanibaj for disclosing what happened on Sunday since she was friends with Erica.

Posted by makarella at 3:50 PM