GoFundMe created for George Floyd has received nearly $13 million, the most donations of all time with more people still donating 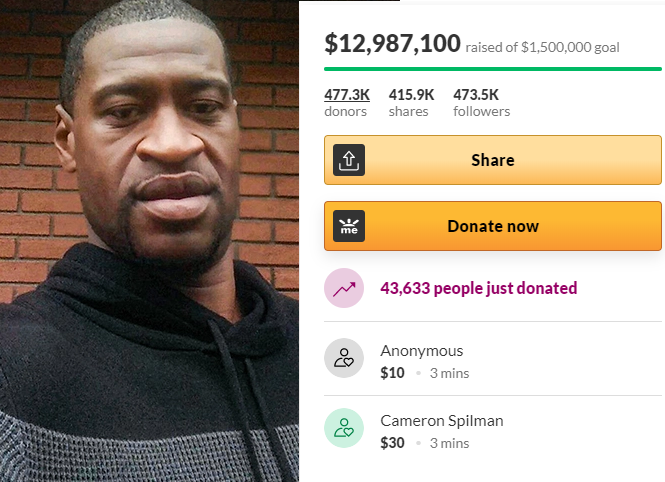 A GoFundMe campaign to help the family of George Floyd, the black man who died after a white Minneapolis police officer forcefully kneeled on his neck during his arrest, has received nearly $13 million, the most donations of all time.

The campaign, 'Official George Floyd Memorial Fund' created by Floyd’s brother, Philonise Floyd, has received more than 450,000 donations totaling to $12,987,100, as of Friday morning (June 5). The initial goal was to raise $1.5 million. 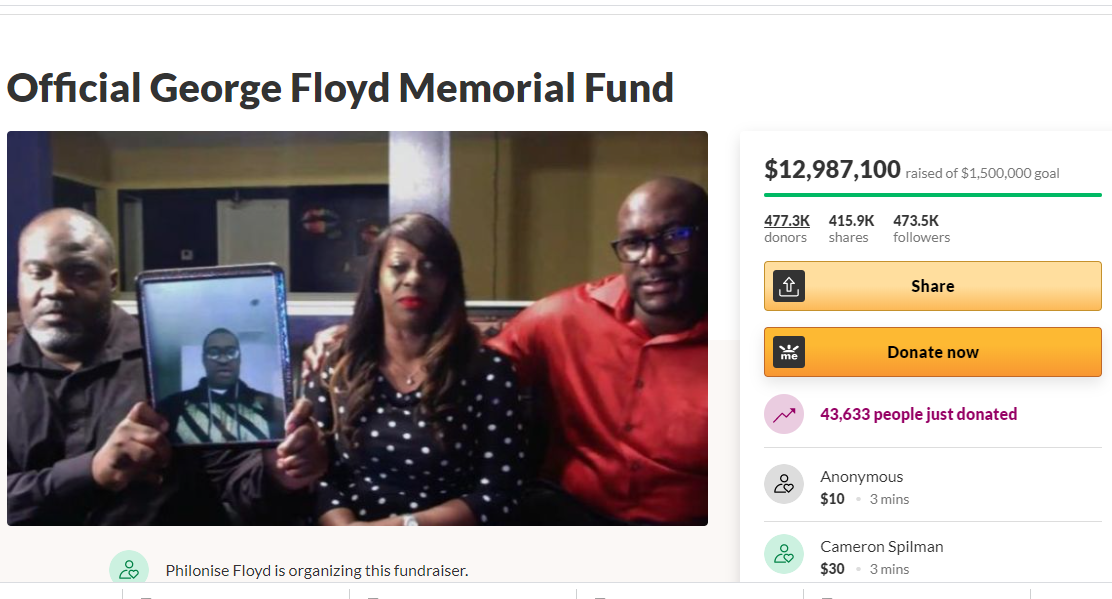 A GoFundMe spokesperson who spoke to TMZ confirmed that the Official George Floyd Memorial Fund has already received the highest number of individual donations for a GoFundMe page.

The spokesperson that the campaign has gone global, getting donations from 125 countries.

George's brother, Philonise, says the money will cover funeral and burial expenses, provide counseling, pay for lodging and travel for all court proceedings, and assist the family going forward as they seek justice for George. A portion of the funds will also go to George's estate to take care of his kids and provide for their education.

Days ago, Floyd Mayweather sent a cheque of $88,500 after he offered to pay for George Floyd's funeral costs in four separate services.

The retired boxer said he was prepared to finance funerals in Houston, Minnesota, Charlotte, and one further location that is yet to be confirmed.

Mayweather's close representatives reportedly told TMZ that "he is just doing what he feels is right in his heart."
Posted by makarella at 6:30 PM