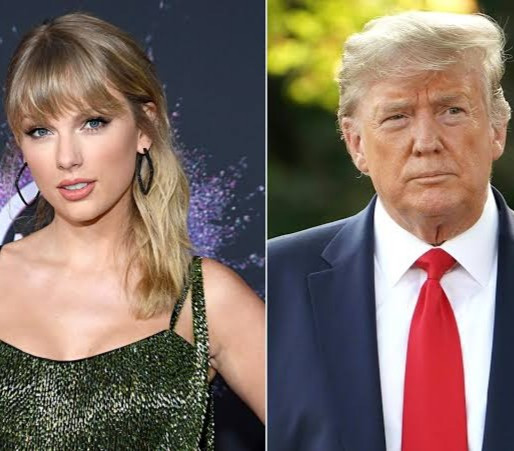 Hundreds of people took to the streets to protest after George Floyd was murdered by Minneapolis officer, Derek Chauvin. During the protest, people looted malls and burned buildings.

Trump reacted on Twitter, stating that "when the looting starts, the shooting starts" ( read here).

The threat in his words was condemned by a number of people who said he didn't condemn George's killer with as much heat as he's condemning the protesters.

Singer, Taylor Swift joined to blast Trump for his statement.

She wrote: "After stoking the fires of white supremacy and racism your entire presidency, you have the nerve to feign moral superiority before threatening violence? ‘When the looting starts the shooting starts’??? We will vote you out in November. @realdonaldtrump. " 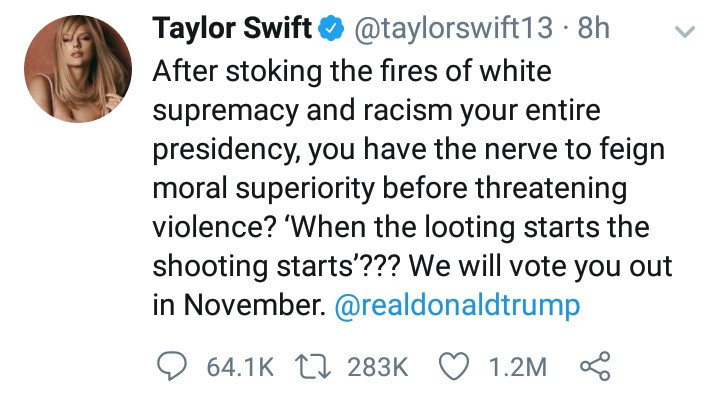 Posted by makarella at 8:34 AM