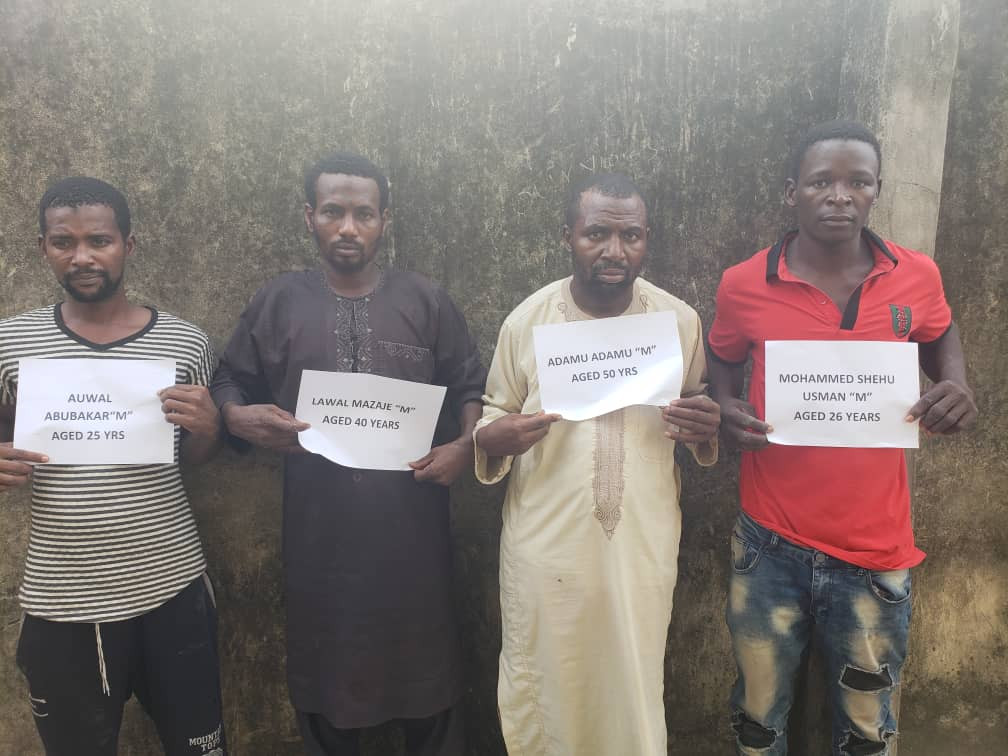 One of the suspected killers of Mrs Funke Olakunrin, daughter of Afenifere leader, Pa Fasoranti, has tested positive for Coronavirus (COVID-19).

Olakunrin was attacked and killed by gunmen on July 12, 2019 between Kajola and Ore along Ondo-Ore Road in Ondo State. Four of the suspected killers were arraigned before a Chief Magistrate Court in Akure, the state capital on Friday April 24th.

Ondo state governor, Rotimi Akeredolu, disclosed the COVID19 status of one of the suspects via his Twitter handle this morning while confirming two more cases in the state.

“We have confirmed three other cases in Ondo state. One of the cases involves one of the recently arraigned suspects in the murder of Mrs Funke Olakunrin, Pa Fasoranti’s Daughter.
“The Commissioner of police has been duly informed and the line tracing of police officers and others in the SARs facility where he was kept has started and their specimens are being collected.” he tweeted 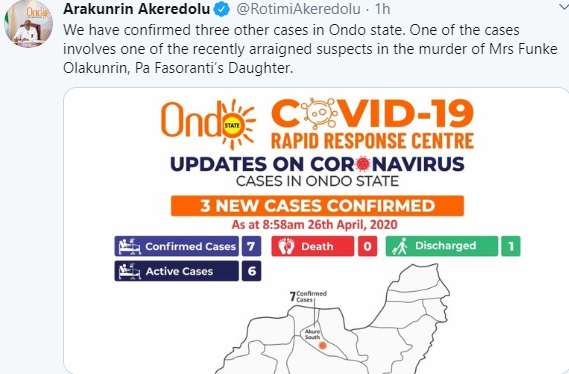 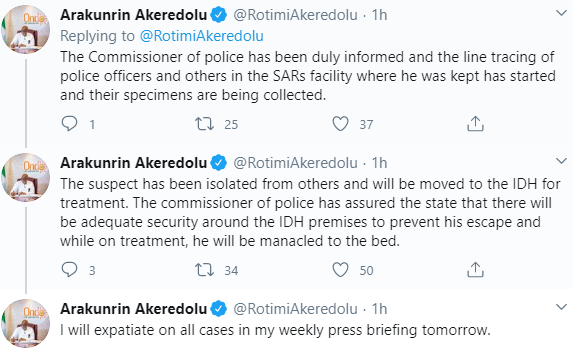 Posted by makarella at 7:08 PM