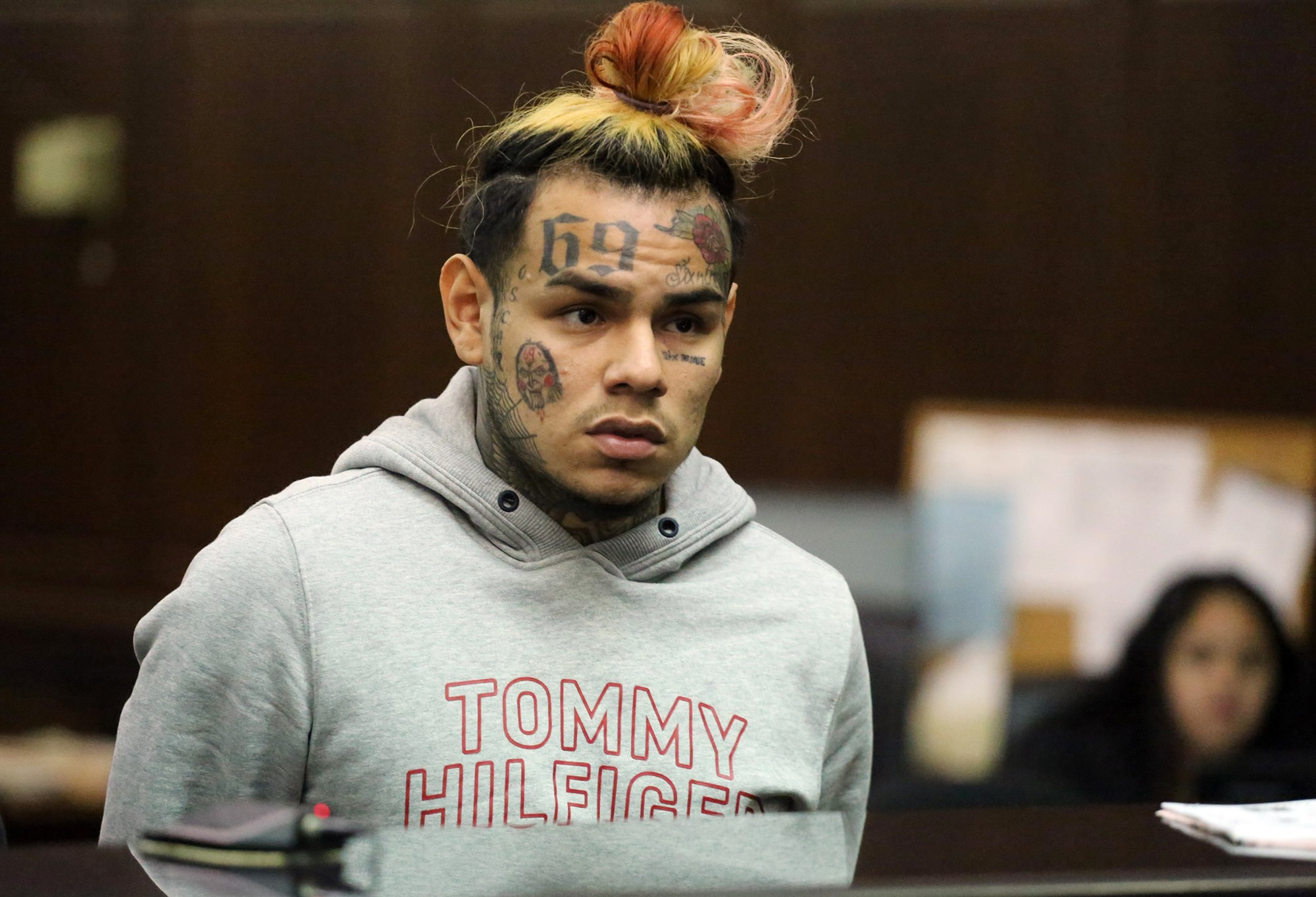 Controversial American rapper, Tekashi 6ix9ine is set to be released from prison today to avoid contracting coronavirus because he is classed as a 'vulnerable' inmate.

Tekashi, real name Daniel Hernandez is currently serving a 24-month sentence after pleading guilty to nine charges including conspiracy to murder and armed robbery. He has had already served 13 months of his two-year sentence, and was due to be released from an upstate New York prison in August 2020.

His attorney, Lance Lazzaro, who filed a motion for his release due to the spread of COVID-19, has confirmed to Rolling Stone that the rapper could be released as soon as this afternoon.

“It’s a foregone conclusion, he’s getting released” said Dawn Florio, another attorney for Hernandez. “He could do it today, or later, we’re just waiting on the judge’s decision," Lazzaro

If Hernandez is released, he will serve the remaining four months of his sentence in home confinement.
Posted by makarella at 11:54 AM