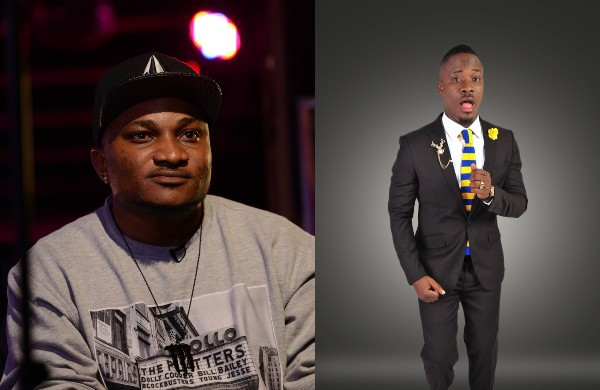 Nigerian singer, Jaywon has slammed ace music producer Masterkraft for claiming that he got him signed to Kennis Music which gave him a spot in the Nigerian music industry.

Masterkraft had disclosed this during a 'Battle of Hits' challenge on Instagram with YBNL's in-house producer, Pheelz last night.

Before playing Jaywon's 2010 single 'Filebe' during the challenge which had a peak viewership of 28.5k, Masterkraft said;

"I got a young boy signed to Kennis Music."

Jaywon however countered the claim by stating that the hit song reaffirmed Masterkraft's job with Kennis Music. He also revealed that he got signed to the music label after perfoming at the Kennis Music Easter fiesta at Kuramo Beach.

How can@masterkraft_forgot so soon that the song Filebe that not only made him but reaffirmed his job with kennis was originally produced by @itz_jaysleeky and that was before I even met Kenny Ogungbe
Boy you are a fantastic producer but you saying you signed me to kennis is too big for your mouth. Everybody knows I got signed to kennis after my performance at the kennis music Easter fiesta at the kuramo beach and it was even live on tv.
Wish you remember how many times your ass was gonna get fired that men stood for you which I’m very sure you knew some but you know what, just Dey your lane make man Dey him own. God bless our hustle
Say make I talk how I begged flavour to work with you before you ever met him. Sunny nweke calm down ooo and no let this thing enter another level. As I Dey my own ehn make you Dey your own ooo. 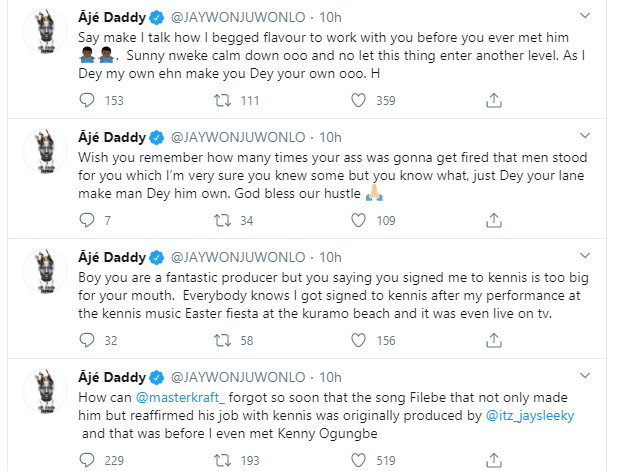 Masterkraft who shared a cryptic post hours later, acknowledged Essence who collaborated with Jaywon on 2010 hit "Facebook Love". He also insinuated that Jaywon is an "ingrate". 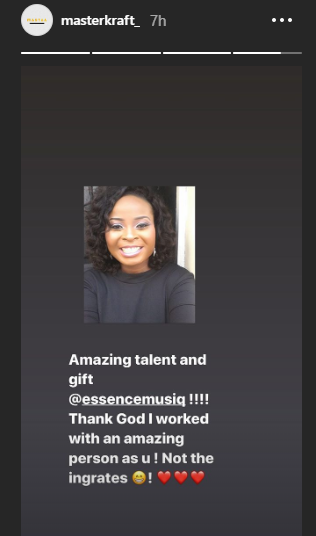