A Nigerian man disguised as a female to work as a help met his waterloo after he was apprehended and forced to take off his clothes. 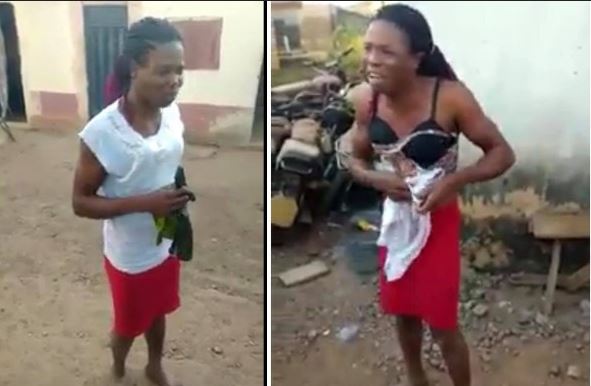 
The suspect who was seen crying in a video shared online, was forced to remove his clothes by residents of the neighbourhood.

Some of the residents were also heard threatening to hand him over to the police. The man's identity was not immediately available at the time of filing this report.
Posted by makarella at 11:34 AM